Clinical Commissioning Groups in England serve too many masters

Clinical Commissioning Groups, the new family doctor-led bodies responsible for commissioning the largest chunk of healthcare in England, are accountable to too many masters with potentially competing agendas, concludes research published in the online journal BMJ Open.

Clinical Commissioning Groups, or CCGs for short, are membership bodies that came on stream in April this year as part of a major restructuring of health and social care services in England. They replaced primary care trusts (PCTs).

The ostensible aim of the restructuring was to boost the accountability of those responsible for commissioning care for patients while at the same time giving them greater autonomy than their predecessor organisations had enjoyed.

The authors wanted to take a detailed look at the accountability relationships of eight CCGs, to get a snapshot of how these were developing. The degree of autonomy that CCGs have, will to a large extent, depend on these relationships, they say.

Between September 2011 and June 2012, they interviewed 91 people, including family doctors (GPs), managers, and governing body members; sat in on many different types of meetings, totalling 439 hours; and analysed a wide range of documents.

They are also internally accountable to the CCG governing body, member practices and locality groups.

Based on the evidence they gathered, the authors conclude that CCGs are indeed more accountable than PCTs. But they "are at the centre of complex web of accountability relationships, both internal and external," they say.

"However, whether this translates into being more responsive, or more easily held to account, remains to be seen," they caution.

Previous research indicates that complex accountability arrangements tend to generate confusion, "and where organisations are accountable to multiple audiences, the interests of these audiences may differ, generating unintended consequences," they suggest.

The accountability relationship with NHS England is the only one that is clearly defined, and where sanctions apply, the authors point out. "The accountability to other external bodies, such as Health and Wellbeing Boards, is, by contrast, much weaker," the say. 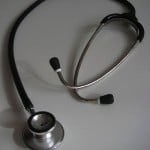 Accountability to the regulator may be enforced by competition law, but it is unclear how this will work in practice, they suggest, while accountability to the public is political and based on "the relatively weak notion of 'transparency' with no associated sanctions," they point out.

The responses of the interviewees indicate that CCGs may choose to satisfy their public audiences rather than the government and possibly avoid "hard decisions in the face of public opposition," they say.

Internal accountabilities are equally complex, and it is unclear what sanctions would, or could. be applied to general practices that transgress the rules of the CCG, the authors emphasise.

"This early study raises some important issues and concerns, including the risk that the different bodies to whom CCGs are accountable will have differing (or conflicting) agendas, and the lack of clarity over the operation of sanction regimes," they conclude.

[Accountable to whom, for what? An exploration of the early development of Clinical Commissioning Groups in the English NHS doi 10.1136/bmjopen-2013-003769]