Brits looking to sell a second home in France are being urged to ramp up their efforts to find a buyer by summer, in order to benefit from a reduction in capital gains tax (CGT) that comes to an end at the end of August.

Richard Way, Editor at The Overseas Guides Company, publishers of the France Buying Guide, said: “As part of an initiative to kick-start France’s slow property market, last year President Hollande introduced a 25 per cent discount on the rate of CGT levied on second homes, valid on transactions completed between September 1st 2013 and August 31st 2014. With a little over four months of the discount period left, vendors are reminded that time is running out to wrap up a sale, especially as much of France traditionally goes on holiday in July and August. 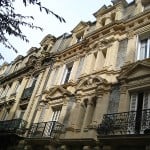 “Vendors that do make a sale and qualify for the reduced CGT are being warned not to throw away that saving – considerable in some cases – by not repatriating the proceeds of their sale in the most cost effective way. More specifically, sending money back to the UK is best done through a currency exchange specialist, such as Smart Currency Exchange, and not your bank.  Currency specialists typically offer more competitive exchange rates and a more efficient service than banks, who do not view currency transfers as key to their customer service offering.

“There are signs that the French market has improved in the first quarter of 2014 compared with 2013, with agents reporting a rise in viewings.”

What do the UK GDP growth figures really imply?