Nearly half (47%) of Britain’s small to medium sized businesses (SMEs) do not differentiate between the ‘Big Four’ High Street Banks and only one in ten (10%) believe that the services they offer are better than those available from new ‘challenger’ banks such as Santander, Handelsbanken and Metro.

An independent YouGov survey commissioned by invoice and supply chain finance company Platform Black also found that perceptions of the major banks deteriorated the smaller the company is.  Only 7 percent of businesses in their first year of trading or with an annual turnover of less than £1 million believed that the traditional banks offer a better service than the challengers.  The picture is not much better further up the scale with only 15 per cent of companies with an annual turnover of £10 million or more considering the major banks’ offering to be superior.

Commenting on the results of the survey, Platform Black’s co-founder Louise Beaumont said: 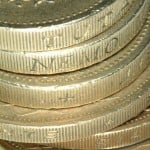 “There is a revolution taking place in the banking and finance sector. The ‘Big Four’ may still control 85 per cent of SME sector accounts, and 90% of lending, but awareness of what is available from challenger banks and providers of alternative business finance, such as Platform Black, is growing rapidly and the trend is probably irreversible. Our survey provides evidence that the decision-makers in newer and smaller businesses, which will be the large and established businesses of the future, are increasingly open-minded about who will provide their banking and finance.

“The really big difference this time around is that the Government is on the side of the revolutionaries. Competition is the new byword and the possibility of an official investigation into the workings of the banking sector is concentrating a lot of minds. We should know whether the Government will go down the full investigation route sometime in November, once all the evidence that is currently being gathered by the Competition and Markets Authority (CMA) and the Financial Conduct Authority (FCA) has been assimilated. It could herald the way in which businesses in this country are financed in the future.”

Platform Black’s ‘Business Banking’ survey, which covered over 650 respondents across all major sectors – including manufacturing, retail, IT and construction – and throughout most regions of the Britain, was carried out in August 2014.

Since it started trading in June 2012, Platform Black’s innovative platform has provided finance worth over £75 million for small businesses. Joint founder Louise Beaumont is also one of the original partners of the Alternative Business Funding collaboration. She was actively involved in the Government’s consultation on access to finance and will be equally involved in the implementation of the recently-announced initiative to mandate banks by law to redirect failed loan applicants towards other finance providers.