CMC Markets, one of the leading providers of spread betting and CFD trading has announced that it will be joining Land Rover BAR as Official Partner to help bring the America’s Cup home.

The America’s Cup is the oldest international trophy in world sport, pre-dating the modern Olympic Games, the Ryder Cup and the World Cup. The America’s Cup started in 1851 with a race around the Isle of Wight, and Britain has yet to win it.

Land Rover BAR begin the challenge to win the 35th America’s Cup at the Louis Vuitton America’s Cup World Series Portsmouth, starting Thursday, July 23 to Sunday, July 26, 2015. It will be the first stage of competition for the 35th America’s Cup, which concludes in Bermuda in 2017.  As part of the agreement CMC Markets also becomes an Official Partner for the Louis Vuitton America’s Cup World Series Portsmouth. The event will host six teams, comprising of the world’s most talented and successful sailors, racing in foiling AC45 catamarans, which ‘fly’ above the water, close to the shore off Southsea Common. 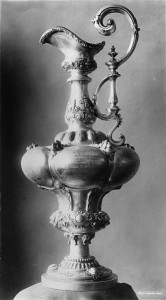 “We are delighted to announce our sponsorship of Land Rover BAR to compete in the America’s Cup over the next three years. The team has a true pioneering spirit and demonstrates constant innovation, matching the ethos that CMC Markets stands for in the trading industry. This is a first class sporting event with some of the world’s best sportsmen and the most innovative technology for boats around the world and we’re proud to be part of the UK’s historic chance at a Cup victory.”

“It is fantastic for us to have CMC Markets on board as Official Partner, I’m sure we can help them build their brand around the world through our challenge to bring the Cup home.”

During today’s sponsorship announcement CMC Markets will hold a trading competition, which will see Ben Ainslie, along with Land Rover BAR’s CEO Martin Whitmarsh, and CFO Andy Hindley, all competing to raise money for the 1851 Trust, which is supported by Land Rover BAR. The winning trader will donate their earnings to the charity. The 1851 Trust aims to inspire and engage a new generation through sailing and the marine industry, providing young people with the education, skills and training to become innovators of the future, and stewards of the marine environment.

For more information about the new partnership and the America's Cup visit www.cmcmarkets.com/land-rover-bar