– Comprehensive Plan in place to generate the necessary £1.5bn of Common Equity Tier 1 capital in line with regulatory requirement

– Group to retain 30% of Bank as largest single shareholder; majority of Bank Board to be independent directors

– Values and Ethics to be legally embedded in Bank constitution; to be upheld by a dedicated Board committee

– Total Co-operative Group contribution of £462m, including £129m Group-funded solution targeted at retail investors; LT2 Group to inject £125m of new capital in addition to equitisation of their existing bonds

On 17 June 2013, The Co-operative Group Limited ("The Group") and the Co operative Bank p.l.c. (the "Bank") announced the outcome of the regulatory review of the Bank's capital position which required the Bank to raise £1.5 billion of further Common Equity Tier 1 capital ("CET1"). That announcement included an outline of a plan to raise the capital, including by means of a Liability Management Exercise (the "LME") involving investors in the Bank's subordinated capital securities.

Having held extensive and constructive discussions with groups of investors in all classes of the subordinated capital securities, The Group and the Bank are today launching a revised Recapitalisation Plan (the "Plan") to generate the required level of CET1. This Plan has the support of these groups of investors.

Specifically, an ad hoc group of holders of 48% of the nominal value of the Bank's lower tier 2 capital securities (the "LT2 Group") has signed lock-up agreements to vote in favour of the LME.

The Recapitalisation Plan is also supported by Mark Taber and others who have organised an ad hoc steering committee to campaign on behalf of retail investors. The offering to holders of the Bank's Upper Tier 2 perpetual subordinated bonds and Preference Shares reflects the discussions the Bank and The Group have had with that committee.

Discussions have also been held with a group of institutional investors in the Bank's Upper Tier 2 perpetual subordinated bonds, who have indicated their intention to support the Plan.

The Plan has been discussed in full with the Prudential Regulation Authority and the Financial Conduct Authority, the Bank's regulators.

The Plan now needs to be agreed by a significant majority of all holders of subordinated capital securities for the LME to be successful. In addition to the details of the Plan, the Bank is disclosing further detail on its new strategy.

– £1,062 million to be generated in 2013 via the LME to holders of the Bank's subordinated capital securities, including the issue of up to £129 million of Group subordinated Note and up to £206 million of new Bank Tier 2 Notes

– £373 million in Common Equity Tier 1 capital to be contributed in 2014 via The Group's cash contribution of £333 million, and £40 million in Bank interest savings

– As a result, Bank's Common Equity Tier 1 capital ratio for the end of 2013 to be towards the upper end of the previously announced guidance of "below 9% but above the regulatory minimum requirement"

• The Group to be the largest single shareholder in the Bank following completion of the Plan, with 30% ownership

• No other single shareholder expected to have more than 9.9% ownership without regulatory approval

· Final Repayment Notes of up to £129 million- paying a fixed rate of interest at 11% per annum on their principal amount, with the principal repaid at maturity in year 12; or

• LME now requires the support of the holders of all the Existing Securities, who must vote in a substantial majority in its favour. Further details set out in Annex I.

• The Bank believes that, if the LME does not succeed, the only realistic alternative is resolution of the Bank under the UK Banking Act 2009 and believes that if the Bank were to enter into a bank insolvency or administration procedure following resolution, all holders of the Existing Securities would receive no recovery at all

– Separate division focused on management of non-core assets; non-core assets will be managed to achieve the most appropriate asset value or targeted for run down and exit

– Four to five year turnaround plan to reduce the risk in the Bank, secure substantial long-term cost savings and restore core business to growth, building on the strength of the Bank's brand and customer franchise

– Intention to seek a Premium listing of the Bank in 2014 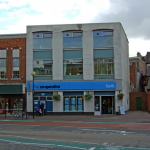 "Today we have taken a major step forward towards achieving our plan to secure the future of the Bank, putting in place an agreement with a number of our leading investors on a comprehensive Plan that will raise the necessary £1.5 billion of capital. The financial position of the Bank means that all stakeholders will have to make a contribution but in delivering this agreement we have worked hard to balance the distinct needs of all those affected. The Co-operative Group is making a very significant contribution of £462 million. Key investors have also committed to put in new money and exchange their bonds predominantly for equity in the Bank.

"In addition, through the process, The Co-operative Group has made the interests of retail investors a key priority. A significant proportion of the new funds invested by the Group are targeted at those investors. Whilst retail investors will, like all bondholders, suffer a loss in value, we believe these options secure the best possible outcome for them, in the circumstances.

"We have consulted with the campaigners for retail investors and are pleased this Plan has engendered their support.

"Now it is about delivery and ensuring that we build on this Plan. The Co-operative Group's decision to make its significant contribution to the Plan was made balancing our ethical approach to business and our responsibility to the Bank and our other businesses. Our ability to support the financial future and business approach of the Bank was made possible because of our long-term view of the value that will be created in the four to five year transformation plan drawn up by the new management team.

"We are optimistic about the future; there is considerable potential to be realised across the Group and we are now well placed to restore the Co-operative brand to its rightful place at the heart of communities up and down Britain."

"Today's announcement marks a major step forward for The Co-operative Bank. We are pleased that, if supported by our bondholders and Preference Share holders, this deal will secure the Bank's recapitalisation. In these difficult circumstances we believe that it is the fairest outcome for our stakeholders, including customers, different classes of bondholders and Preference Share holders, colleagues and The Co-operative Group.

"The Bank is now focused on implementing our business plan which, following the capital raise, begins the process of strengthening the Bank, and returning it to profitability over time. We remain committed to co-operative Values and Ethics, and I am delighted that our future shareholders have agreed we can embed our commitment to Values and Ethics into our constitution. We now have the opportunity to renew our focus on serving the needs of our retail and small business customers. We will strive to make things simpler for our customers, removing unnecessary processes and reducing costs. We will also put greater rigour into our risk management and controls, ensuring our customers are dealt with respectfully, fairly and transparently.

"The Bank has already taken a number of steps to address the challenges it faces. It is clear, however, that there is a significant task ahead; we are only in the very early stages of turning the business around. The legacy issues we are working hard to overcome will continue to have an impact on the Bank for some time.

"With a strengthened management team, and a clear direction, we are confident we will become a stronger Bank, serving our customers in line with the Co-operative Values and Ethics which sit at the heart of why our customers choose to bank with us in the first place."

"The Board of The Co-operative Bank welcomes the agreement of The Co-operative Group and the bondholders who have already supported this Plan. We believe the prospectuses to be published today set out why the revised Recapitalisation Plan is good for all stakeholders. We believe there are only two realistic outcomes for the Bank following the launch of the LME – either its successful recapitalisation or, if the LME fails, the resolution of the Bank. As a result, we are committed to engaging with bondholders and Preference Share holders over the coming weeks to explain the benefits of the deal in more detail, and would encourage them to support a deal which will provide the foundations for the long-term success of the Bank."