Today Defra has announced the long-overdue creation of Marine Conservation Zones (MCZs) around England’s coast. Just 27 MCZs have been created, and none of them are fully protected from activities that damage ecosystems and threaten the long term health of our ocean.

This announcement follows years of campaigning by conservation organisations, and advice from some of the country’s leading ocean science authorities that without a fully comprehensive and representative ecological network of MCZs, the marine environment around England will become irrevocably damaged. The failure of the coalition government to heed the clear advice from their own scientific advisors on this issue threatens not only the biodiversity of our oceans but also the livelihoods of our traditional inshore fishing fleets.

"The North Sea is now one of the most degraded marine ecosystems on the planet, and it is our generation that will pay the price if we don’t act now. The MCZ process has been a shambles right from the start, costing millions of pounds with very little positive to show for it. Scientific advice has been ignored, and now we have only 27 MCZs, none of which will be properly “protected” at all. The only stakeholder group this government seems interesting in listening to are the multinational companies that fish our offshore waters with vast industrial vessels, who unlike our own inshore fishing communities have no interest in the long term viability of our fish stocks, and certainly no concern for our native wildlife. We urge the government to pay attention to their scientific advisors and use their remaining time in office to designate MCZs that will deliver actual benefits to our oceans." 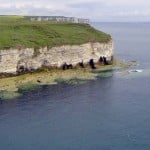 The Green Party says it would work with conservation groups, scientists, local communities and fishermen to create a truly comprehensive and representative network of MCZs, with 30% of Britain’s seas being managed by local communities as fully “no-take” areas, where no damaging activities would be allowed. This would ensure not only the regeneration of fish stocks and a healthy and prosperous inshore fishing industry, but would also maintain our marine ecosystems intact for future generations and support the promotion of biodiverse and healthy seas. Unlike the coalition government, the Green Party says its marine policy is based on scientific evidence [1]. On this issue, as with the badger cull, drugs policy, climate change, early years education and countless other areas, this government seems either incapable or unwilling to listen to the science.