The Coalition Government's "roll back" on green levies – in a tactical political manouvre to rescue its reputation and bail out the under-fire 'Big Six' energy companies – will not placate increasingly disgruntled energy customers yet will worsen the growing problem of unnecessary winter deaths and endanger our long-term energy security, say the Green Party.

Four of the major energy companies have said gas and electricity bills will rise by around £50 less [1] than expected this winter in reaction to Prime Minister David Cameron's pledge to "roll back" green levies.

The Government intends to scale back the Energy Company Obligation scheme which helps low-income households tackle their heating and insulation problems and said it would fund another subsidy out of general taxation.

"It is extraordinarily irresponsible, as well as counterproductive, for the Government to claim it is reducing energy bills by slashing the very scheme that is designed to bring them down. Watering down our energy efficiency commitments at precisely the time they are most needed will mean more cold homes, more winter deaths, and job losses in the construction industry. 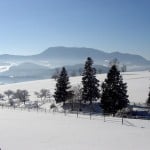 "Only a massive programme of home insulation and other energy efficiency measures will bring energy bills down for good. The Chancellor should use carbon tax revenue fund such an investment which could bring nine out of ten homes out of fuel poverty, quadruple carbon savings, and create up to 200,000 jobs."

"Time and time again we've seen this government edge away from its green commitments as its true colours are revealed", commented Keith Taylor, Green MEP for the South East.

"This roll back, which will expose people in fuel poverty to a longer period without decent insulation, is particularly callous considering we know that 31,000 people died winter-related deaths last year – a 29% increase from the previous winter."

Savings start to stabilise across the UK