With a nuclear power station being commissioned for Hinkley in Somerset, UKIP has welcomed the fact that a decision has finally been made on much needed nuclear capacity.

UKIP does have grave concerns with regards to the government's outlook on the future of energy policy however as the current strategy seems to be presenting Britain with a costly and uncertain future.

UKIP Leader Nigel Farage reacted to the announcement by pointing out that the government were "betting the house" on massive energy price hikes going forward.

"With new technology coming on stream this approach looks like a dangerous gamble. As the small print says, prices can always go down as well as up. The government's decision to commit to £92.50 per megawatt hour may prove to be a great folly, especially if we as a country get serious about fracking and the massive potential of cheap shale gas."

UKIP Energy Spokesman Roger Helmer said: "I am deeply concerned that this new proposal risks privatising the profits into the hands of the foreign EDF Energy, whilst socialising the risks for taxpayers.

"I am also wary that this deal could be an accounting trick designed to keep billions of state subsidy off the UK's deficit figures.

"It is a huge indictment of all three of the old parties that they chose to squander the UK’s clear lead in nuclear energy, so that we now have to go cap-in-hand to the French and the Chinese for help." 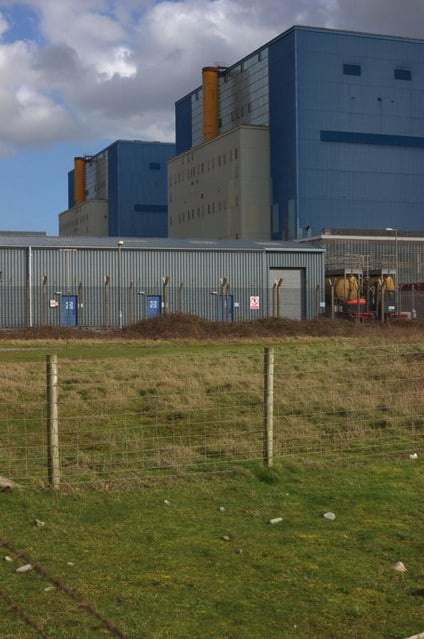 Hinkley Point A by Adrian Boliston