Coca-Cola has announced it will join a scheme, financed by the UK, US and other governments, which claims it will lift 50 million people in Africa out of poverty, but which critics including the World Development Movement say puts profit before poverty reduction.

Coca-Cola is the highest profile company to join the New Alliance for Food Security and Nutrition, which also includes British companies Unilever, Diageo and SABMiller. The UK government has committed £600 million in aid money to the scheme, launched in 2012.

The US government released figures on Tuesday on the progress of the New Alliance, but reported no data on the scheme’s direct impact on food security or nutrition in the African countries involved.

According to the US government, only 65 of the 277 companies participating in the New Alliance have reported on the social impact of their involvement in the scheme, including job creation. Its report claims that 3 million smallholder farmers in Africa have been ‘reached’ through the scheme, but does not give further detail. Only 21 per cent of smallholder farmers ‘reached’ are women. 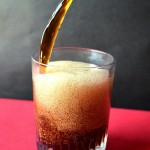 The New Alliance requires the ten African countries involved to change their laws to make it easier for corporations to acquire large tracts of farmland, control the supply of seeds, and export agricultural produce.

“The UK, the US and other countries are using aid money to help big businesses like Coca-Cola take over land and food production in Africa. That the New Alliance is all about corporate profit is laid bare by the absence of any effort to monitor its impact on poverty and hunger. Aid money should be withdrawn from this scheme and used instead to strengthen small, independent African farmers in producing food for local people.”