Squatters are ‘not criminals’ says judge

Saying that squatters are not criminals, Judge Fiona Henderson has instructed Camden Council to publicise a list of its empty homes whilst acknowledging that it could encourage squatting.

Some believe that this decision, which the Express calls ‘extraordinary’, could lead to increased crime, a rise in the number of drug dens, stripping of empty properties and arson.

The Judge acknowledged both sides of the argument and said that she must balance the interests of all parties.

The council in its defence did point out that when a list of long term empty homes was made public in Lambeth the incidence of squatting nearly doubled there.

The Judge though said that squatting was not law breaking and that the public interest was served by ‘putting empty properties back into use’.

The council must now comply with a freedom of information request from Yiannis Voyias of the Advisory Service for Squatters and provide a list of all empty council-managed and private homes in their area.

There are concerns of course that this ruling could be followed across wider areas of the UK therefore increasing the occurrence of squatting as information on the whereabouts of suitable properties became more widespread.

But let’s look at this from another angle.

The law already does, to some extent, provide protection for occupiers and potential occupiers of property against unauthorised occupiers. It is not so good at protecting the interests of those that leave property empty through neglect or in the hope of a capital gain.

The only properties on such a list would be those that no-one currently lived in. So home-owner occupiers would not be at risk. In fact it would draw the attention of squatters away from ordinary folk to properties that had been empty for some time.

As the police would have access to this list then they would know which properties in their area to keep an eye on for potential criminal activity.

Also, any landlord with their property on that list would be more likely to get on with bringing it quickly back into productive use or sell it. Surely good for keeping house prices and rents down as well as rejuvenating run down areas.

As ever there is a simpler way out of this, land value tax (LVT). Tax the land properly and no-one would leave properties empty for a second longer than necessary. And LVT could then replace all other taxes if administered correctly.

As the long standing advocate of LVT, Mark Wadsworth, told us: “Whatever the economic or housing issue is, the first question must always be, would replacing other taxes with Land Value Tax sort this out?

As an immediate effect, there would be far fewer vacant homes, however you define that, as it would be too expensive to keep a home out of use and it would be cheaper staying in a hotel than having a holiday home that you visit a couple of times a year. 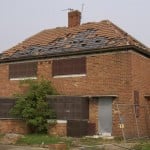 As a secondary effect, there would be more homes. What's stopping new development is NIMBYs who are desperate to keep the value of their houses as high as possible by preventing new supply. With LVT in place, they would be cutting off their noses to spite their faces – and if they are really, genuinely doing it out of love for the countryside, then let them put their money where their mouths are.

As a third issue, LVT is a payment in exchange for the guarantee of exclusive possession. If squatters move in, then the owner would be entitled to halt LVT payments the very same day, then the council would have every incentive to evict the squatters as soon as is humanly possible (there's no reason it should take more than a day) and reinstating exclusive possession to the owner who pays the tax.

So as ever, LVT has beneficial effects, whatever problem you are looking at.”

Students and Parents Poles Apart When it Comes to Student Finances

The UK and its lopsided recovery