Nigel Farage is challenging Ed Miliband to a televised debate ahead of next year's general election.

"Mr Miliband made it clear in his speech today at the University of London that he was in favour of televised debate but questioned the Conservatives will to participate", says the UKIP statement.

"Miliband this morning took to the airwaves for yet another leadership relaunch, this time focusing a huge amount of his time on the UK Independence Party.

"He weaved a patchwork of untruths in his desperate attempt to stop the widespread loss of traditional Labour supporters who are now campaigning for, and voting for UKIP. 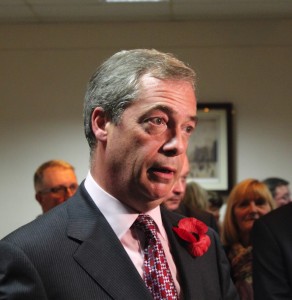 "He told the audience that it was time to have a proper debate about UKIP, and that he would "take us apart". Today, UKIP leader Nigel Farage is again offering him that opportunity to debate – an opportunity Mr Miliband has already passed up once before this year.

Mr Farage has written in an open letter to Ed Miliband: "A few months ago we sat on a couch together in front of television cameras and I suggested we debate, head to head.You more or less declined.

"Now I hear that you want to take me, UKIP, and all that we stand for "apart". Well let me give you the opportunity.

"Let's have a live, televised, head-to-head debate before the start of the general election campaign. I'm free any time after November 24th". 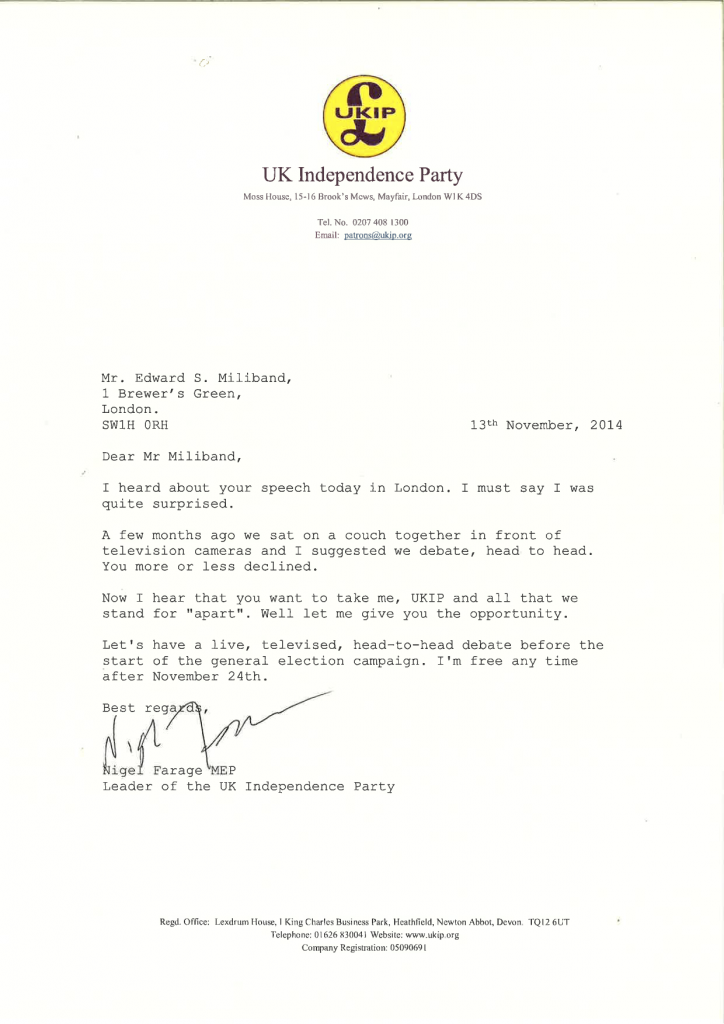 CHART OF THE WEEK: Inclusive Wealth