Come on Prince Harry, marry her – the housing market needs it!

Royal weddings spark monthly house price increases of up to 1.55%, could a royal wedding be what the housing market needs? The months in which Prince George and Princess Charlotte were born also saw unusual growth in house prices, compared to the months previous.

Research by the UK’s leading provider of mover conveyancing services, My Home Move, has revealed that major royal events spark an increase in monthly house price rises across the UK.

By analysing the rate of house price growth in the 12 months leading up to royal weddings and births, My Home Move found that the month the event took place saw the biggest monthly changes.*

The wedding of Prince William and Catherine Middleton in April 2011 saw the biggest increase in house prices on a month-by-month basis, by 1.55%, seemingly breaking the fall of prices amidst the months post-recession. The wedding of Prince Charles and Camilla Parker Bowles had a similar effect on house prices in April 2005, which saw a month-by-month increase of 1.42%. (See charts 1 and 2 below.) 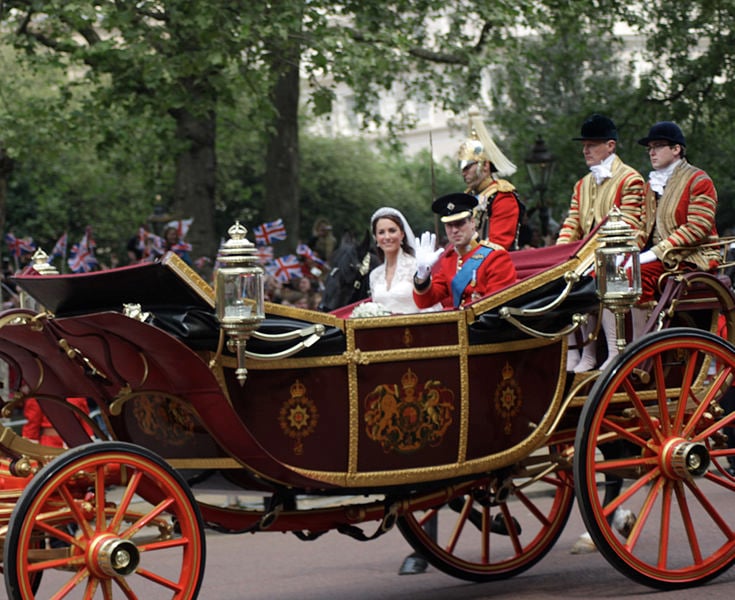 Commenting on the findings, CEO of My Home Move Doug Crawford said:

“We know that the national mood affects the housing market, so it’s no surprise that major royal events do so too. In the build up to royal weddings, people come together to celebrate all things British and there is generally an air of national pride that sweeps the length and breadth of Britain and into the psyche of home movers.”

Royal births also affect house prices; in the month Prince George (son of the Duke and Duchess of Cambridge) was born, prices rose by 1.12% month-on-month, while the month that his sister, Princess Charlotte, was born saw an increase of 1.08%. (See charts 3 and 4 below.)

Continuing, Doug said, “From the findings it is clear that the public’s fascination with the royal family is a positive thing for the housing market, especially when it comes to events such as marriages and births within the family of the heir apparent. With recent news of falling house prices, we could use another royal announcement to help bring up the nation’s mood – we’re all looking at you Prince Harry to get married!”

For further information on My Home Move and its multi-award winning conveyancing services, please visit www.myhomemove.com