The United States of America is not a country that should be particularly proud of itself in considering Mitt Romney as the next President.Â

Mitt Romney has been visiting Britain in the run up to the 2012 Olympics using the visit as an opportunity to build diplomatic relations between himself as US Presidential candidate and the country, which has for so long upheld a 'special relationship' with the United States. 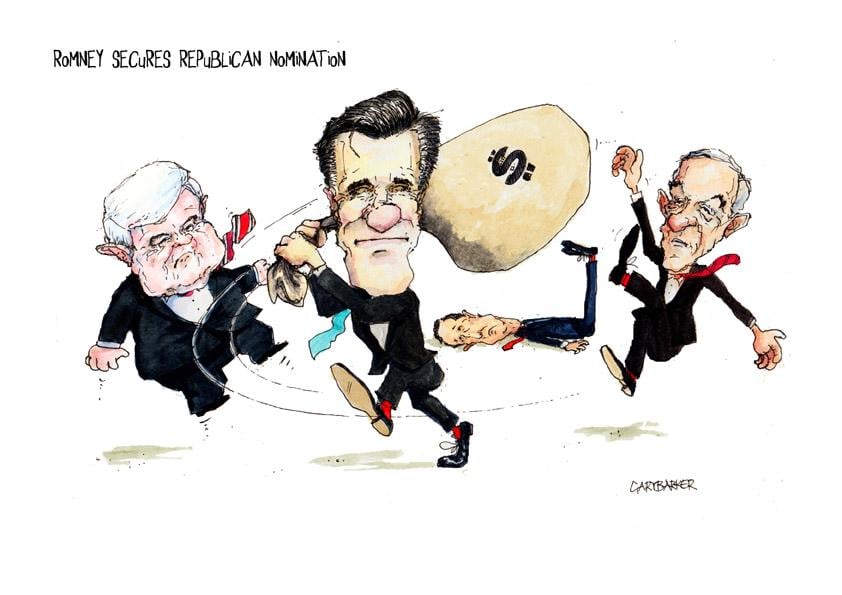 Unfortunately for America a large portion of the American population has chosen a Presidential candidate who is clearly not fit for purpose to represent them on the world stage and his comments about Britain's ability to host the Olympic games proves that he isÂ incapableÂ of applying critical thinking or empathy to the sensitivities of others.

It does not take a rocket scientist to understand that you do not build bridges by criticising the nation you are visiting, instead you praise it.

Alas this was lost on Mitt Romney.

So what would this man do as President if he was engaged in heated political negotiations with a foreign nation over a potential security threat?

But then again why break a long held tradition? For over 30 years, America has chosen its Presidents from the lower runs of the food chain culminating with George Bush Jnr who is responsible for the deaths of more innocent men, women and children than the combined efforts ofÂ Al Qaeda, The Taliban and Saddam Hussein.

As spineless as Barack ObamaÂ (the man who went back on pretty much all of his pre-election policies) is at least he isÂ publicly presentable and a vast improvement onÂ George Bush Jnr and the international community have at least warmed to his charms and Obama has proven to be an excellent international figure withÂ theÂ political dexterity demanded from the leader of a super power such as the United States.

However Romney is going to need to be stuffed by a taxidermist and accompanied by a talentedÂ ventriloquist with a good understanding of American foreign policy in order to travel beyond the borders of the United States again.

It's not as if this is a single incident that could be blamed onÂ Jet-lag, Romney's record speaks for itself.

This is the man that has said he will not rule out a military strike on Iran (A country which is supported by Russia and China) just to court the Jewish voters whilst single handedly snubbing anyone who is not of Anglo-Saxon decent by identifying the Anglo-Saxon element in America as being the reason behind the aforementioned 'special relationship' between America and Britain.

If Mitt Romney does become President of the United States there will need to be a scientific study monitoring the effects of the American Diet on intelligence.

Does Weidmann want to destroy the euro?