“Commodities continue to struggle.Â  In the first week of April broad selling of commodities occurred. Speculative positioning was further reduced leading to a record high net short non-commercial positioning in copper, the highest in two decades. Some apparent consolidation of global economic growth (somewhat weaker US ISM and employment data most notably), and North Korean political tensions all contributed to the sell off early April. On top of that higher than expected March US grain stocks as reported by the USDA led to a dive in agricultural prices.

“Search for yield, safe carry-trade, reduced likelihood of additional QE and hence even lower real yields, move-up the risk curve past OMT, weak global and Chinese trade and uncertainty with respect to the fortunes of the Chinese economy are all factors that can explain part of the underperformance of the Commodity asset class over the last two years and so far this year.

“In terms of YTD performance of commodity sectors Livestock, Industrial Metals and Precious metals all underperform while the Energy segment outperforms. The Agricultural segment joined the ranks of underperforming segments after the USDA shockingly outnumbered expectations for US grain stocks in March. Agricultural prices nosedived with corn in particular selling off. US new crops at this stage are expected to be abundant as reflected by new crop prices still trading far below old crop. 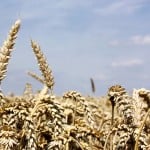 “At the end of March we introduced an overweight on Brent crude oil. Refinery maintenance is to peak out in March – April, oil demand for power in the MENA region is expected to rise and nuclear outages in Japan should also underpin fuel burn for power generation over there. While oil intensity of GDP is globally declining the reverse is true for MENA, as fuel is largely subsidised. Also, some 30% of MENA power production is through oil feed with power demand in Saudi Arabia for example rising by 8% p.a. over the last 5 years. Budgetary break even oil prices in the region are also on the rise putting a “soft” floor under oil prices. Chinese oil demand will also remain a decisive factor for oil with refinery capacity additions and an expanding car fleet a supporting factor.

“On the less positive side for crude oil in the short term one could highlight the net length in non-commercial positioning (WTI) that still remains relatively lofty despite having come off from the recent peak mid-February. For Brent however this positioning appears less outspoken.”