• UKIP down to lowest level of support since March

This week’s Opinium/Observer Political Poll reveals that Labour continue to hold a three point lead with 35% to 32% for the Conservatives. UKIP’s support is waning, down 2 points to 15%. This is the lowest level of support for UKIP since the end of March and before the European elections.

The Liberal Democrats remain trapped in single figures with 7% of the vote and only two points ahead of the Green party on 5%:

• Labour support increases by one point, leading the way with 35%

• Conservative support increases by 2 points to 32%

• The Liberal Democrats are down 2 points at 7% 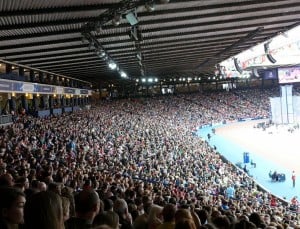 What do Brits expect to happen in Scotland?

Over half (54%) of voters across the whole of Great Britain think Scotland will vote to stay in the UK versus 27% who expect a ‘yes’ vote. However, a fifth of voters (20%) think the Commonwealth Games will give Alex Salmond and his colleagues a boost and make a ‘yes’ vote more likely.

“It’s not surprising that UKIP have fallen back slightly compared to the limelight they enjoyed surrounding the European elections but Nigel Farage retains a net-approval rating higher than any other major politician due to an increase in the number of people disapproving of David Cameron. It’s a cliché to say that the Scottish independence debate is being ignored in England but given that 40% of voters in England and Wales say they ‘definitely’ want Scotland to stay, perhaps people are more engaged than is commonly thought.”