Companies have until 31 July to settle with HMRC or risk facing substantially larger tax bills relating to their use of Employee Benefit Trusts (EBT), warns Moore Stephens, the Top Ten accountancy firm.

Companies who had used EBTs had to register their intention to settle with HMRC by 31 March 2015, in order to benefit from more settlement favourable terms of the EBT Settlement Opportunity (EBTSO). A formal settlement with HMRC must be agreed by 31 July 2015, including any ‘time to pay’ arrangement where payment cannot be made in full.

Moore Stephens says that if companies that used the schemes fail to settle then litigation will follow. HMRC has warned that employers who fail to agree to an EBT settlement before 31 July will be brought before the tax tribunal as quickly as possible.

EBTs were widely used by companies to reduce their liability for employer’s national insurance, and reduce the income tax bills of employees. The employer would deposit money, in lieu of wages or bonuses allege HMRC, in offshore trusts of which employees were the beneficiaries. The trusts would then typically grant low tax or tax free loans to the employee.

A number of high profile companies used EBTs before the rules governing them were changed in late 2010. Investment banks and football clubs are amongst those in dispute with HMRC. Other users of the trusts included owner managed businesses looking for tax efficient ways of taking money out of their business. 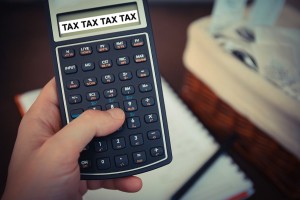 “This deadline is fast approaching, and thousands of companies are yet to settle. HMRC has stated that it intends to bring tribunal cases against users as soon as possible after the deadline.

“There is a concern that some companies will miss this opportunity to settle on favourable terms. Although HMRC will continue to seek resolution with EBT users after 31 July, it will not do so on the full EBTSO terms.

“If HMRC are serious in their threat to litigate we could see a large number of cases relating to EBTs move into litigation from 1 August 2015. Whilst some promoters of EBTs are actively addressing the threat of litigation, others in my experience are not.

“However, although HMRC has limited resources, it remains to be seen whether it will offer official or unofficial extensions to the settlement regime, especially if there is a late surge of companies trying to settle. However, those who wish to take advantage of the EBTSO should not rely upon this happening and take action now.

“HMRC is playing its cards close to its chest regarding the fine detail of the settlement terms it will offer to employers after 31 July 2015. What is certain is that the settlement terms HMRC offers after the deadline has passed will be far less generous, and if cases go to tribunal HMRC will look to recover as much as possible.

“EBT users may also face Accelerated Payment Notices (APNs) from HMRC in the coming months, forcing them to pay up front the disputed liabilities in respect of the EBT.”

Moore Stephens explains that the more favourable settlement terms included options such as tax relief on the amount settled with HMRC will be backdated allowing the business to reduce the cost of their interest payments on the overdue tax to HMRC.

Moore Stephens says that in some cases the employees who benefitted from the trusts will have indemnified their employers against the tax liabilities and may therefore face unexpected liabilities.

Pampers and UNICEF Celebrate a Decade Together Helping to Save Lives