Western Union Business Solutions, a unit of the Western Union Company (NYSE: WU), a leader in global payment services, has seen strong growth in direct Renminbi (RMB) payments to China among its clients in the first half of 2013.

“The growing demand we saw in 2012 for RMB has carried on into 2013, with the number and value of Renminbi payments increasing across all of our major markets,” said Raj Agrawal, president, Western Union Business Solutions. “Businesses around the world are becoming more aware of RMB internationalisation and the benefits that trading in the local Chinese currency can create for all parties.”

Western Union Business Solutions’ American clients increased the number of their RMB payments by almost 90 per cent in the first six months of 2013 compared to the same period last year. In the US, Renminbi transactions now represent nearly 12 per cent of all payments to China, up from just over 8.5 per cent in the first half of 2012.

Australia was the second largest market for RMB payments behind the United States, reflecting growth of almost 50 per cent, while the United Kingdom and Hong Kong increased their RMB transactions by over 40 per cent and 80 per cent, respectively, over the same period. 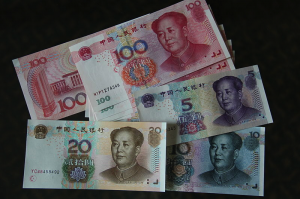 Australian clients sent about 6 per cent of their payments to China in renminbi in the first half of 2013, compared to 4 per cent in 2012, with British clients seeing similar growth from 3.7 per cent to 5.3 per cent. Not surprisingly, Hong Kong represents the market with the highest percentage of renminbi payments, with 37 per cent of transactions to China being made in RMB in the first half of the year, compared to 28 per cent a year ago.

“Japan, France, Singapore and New Zealand also recorded strong year-on-year growth,” said Raj Agrawal. “While overall client take up is modest compared to the likes of the United States and Great Britain, the indicative trend we have seen in all four markets is certainly towards steadily increasing demand for Renminbi.”

“SWIFT recently reported that the Chinese Renminbi has become the world’s 11th most used currency and the demand we are seeing certainly reflects this upward trend.”