Campaigners have filed a complaint against British coal miner GCM Resources over a controversial open-pit coal mine in Bangladesh, ahead of the company’s AGM in London today.
The complaint by the World Development Movement and International Accountability Project claims that the mine planned by the London-based and AIM-listed company would breach OECD Guidelines for Multinational Enterprises by violating the human rights of the people who would be forcibly displaced and impoverished by the project.

GCM faces protests at its London AGM today. Its Phulbari Coal Project has been stalled since 2006 by fierce opposition within Bangladesh.
A series of emails obtained via Freedom of Information requests made by London Mining Network reveal attempts by the UK government to avoid disclosing the nature of its relationship with GCM. Information requested by the group was refused on the basis that it would “prejudice the UK Government's internal relations with the Bangladesh Government”.

In a UK parliamentary debate on mining practices of UK-based companies on 28 November, John McDonnell MP cited and condemned GCM Resources and its proposed open-pit coalmine as particularly egregious examples of "destructive," "outrageous" and "shocking" mining company practices that are damaging the UK's reputation. 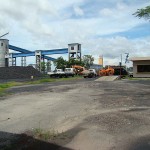 Richard Solly of London Mining Network said: “We know from Freedom of Information requests that meetings have been taking place between UK government officials and GCM executives. The refusal of the government to disclose information on its relationship with GCM suggests that it is too embarrassed to reveal what else it has been getting up to on the controversial company's behalf. It is an outrage that the UK government is aiding and abetting GCM in pursuing a project with such catastrophic potential and against such sustained and massive popular opposition."

The mine threatens to displace 220,000 people, destroy a major food-producing agricultural region, and pollute of the world’s largest remaining mangrove forest, the Sundarban Reserve Forest, a UNESCO-protected World Heritage site.

Deaths of Children in Custody: Independent review’s scope must be widened