Norway and the UK are set to host the concentration of private equity portfolio company exit deals in the European oil and gas sector, as a potential further 24 billion barrels of recoverable oil and gas reputedly remain in the North Sea, research from S&P Capital IQ, a leading provider of multi-asset class research, data and analytics, has revealed.

Looking at current opportunities to be found in this area, S&P Capital IQ notes that transaction activity remains concentrated at the ‘upstream’ end of the industry – whose significance continues to grow – and reflects the historic profile of active sellers such as 3i – the private equity and venture capital company.

“In the oil and gas sector, strategic acquirers dominate the private equity portfolio company exit landscape, ahead of secondary buyouts which in turn may continue to be more prevalent than other forms of exit,” David Pagliaro, MD, Product Management at S&P Capital IQ, said. “The extent of secondary buyouts demonstrates management’s appetite for a second roll of the dice with another sponsor. Interestingly, private equity backed IPOs have built steady momentum over the last several quarters, however there was only one such exit within this specific sector in Europe. Increased investor confidence, due to improved equity market performance, could lead to increased demand for new issuances going forward.”

S&P Capital IQ highlights the constant nature of the replacement rate – understood as entry/exit transactions – over a 10-year horizon, with a notable dip at the start of the liquidity crisis in Q3 2007. According to S&P Capital IQ, this trend may help calibrate likely deal flow with median holding periods firmly in the range of four to four and a half years whether looked at over one, three, five or ten year horizons. 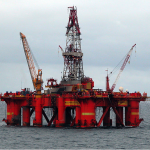 In terms of emerging trends, not everything of course remains the same. To accompany the macro trends outlined above, S&P Capital IQ indicates that it’s possible to point towards smaller, but still potentially significant, trends as well. For example, the replacement rate could increase as a consequence of the amount of dry powder and committed capital available for investment.

“Given the conservative nature of the replacement rate, projected quarter-over-quarter exit transaction level may increase, for which there is already some evidence of a momentum build”, highlights Jai Gogna, Financial Analytics at S&P Capital IQ. “The average exit transaction size may also likely hold – albeit in the context of 60% of disclosed transactions, currently below the £100m threshold.”