Almost half (43%) of UK adults have lied to their partner about how much chocolate they’re eating, according to new figures released as part of the new British Heart Foundation (BHF) DECHOXTM fundraising campaign, which challenges people to give up chocolate for the month of March. (1)

The BHF is setting the nation a challenge this year to join the UK’s first ever DECHOXTM, calling on all chocolate lovers to give up their favourite sweet treats in March to help save money, lose weight and raise money for life-saving heart research.

Dechoxers are encouraged to raise money throughout the month by asking friends, family and colleagues to sponsor them to take on the challenge. They can also donate the money they’ve saved from ditching a cheeky chocolate bar at work or that naughty dessert after a meal out.

The BHF polled 3,000 people in the UK and found chocoholic Brits are going to extraordinary lengths to hide just how much they love their sweet treats.

Chocolate was voted the hardest thing to give up, with one in four (25%) saying they would find it more difficult to ditch than alcohol, caffeine or even sex! 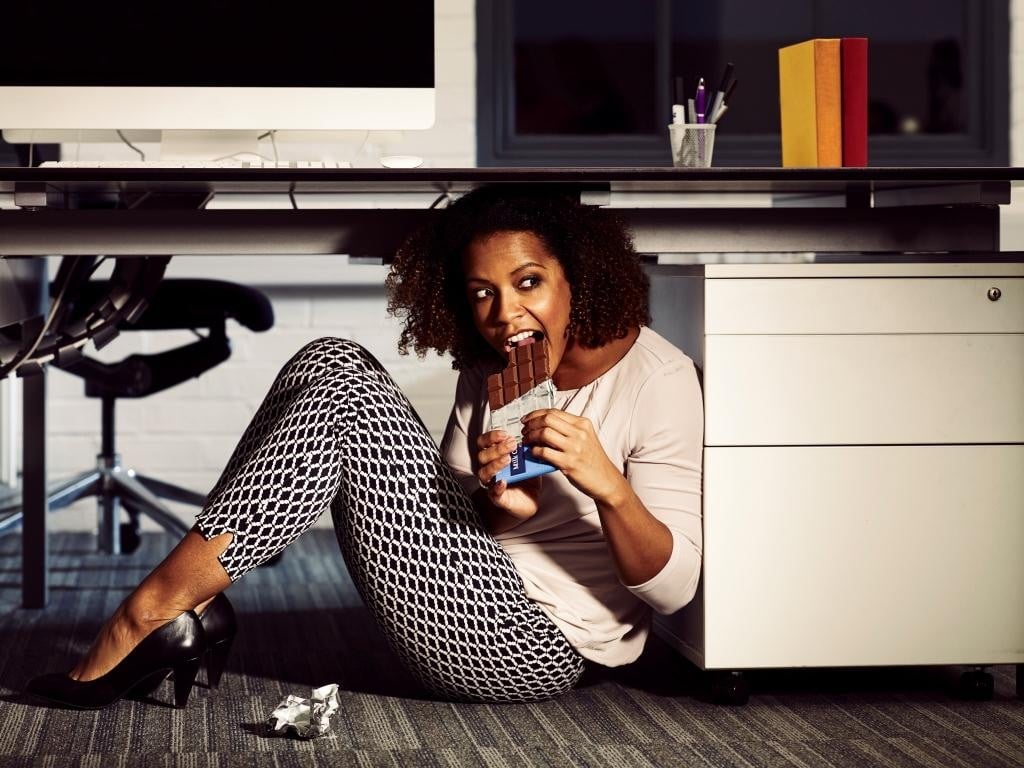 A third of adults (33%) said they eat chocolate in secret on their way home from work. More than one in ten (13%) eat it behind the fridge door, in bed under the covers (12%) or wait until their partner leaves the room (13%).

Almost half of people surveyed (43%) said they have hidden chocolate wrappers to disguise how much they’ve eaten and have such a sweet tooth they keep a secret stash of chocolate tucked away for emergencies.

Some of the most common chocolate hideaways are in desk drawers at work (24%) and bedside cabinets (15%). One in ten (10%) hide chocolate in the glove compartment of their car.

“It’s amazing the lengths we’ll go to so that we can hide just how much we love our favourite sweet treat.

“A bit of chocolate is fine in moderation but it should be a treat. If you’ve got into the habit of eating a lot of chocolate then, giving it up for a month is a great way to get into healthier habits.

“That’s why we’re calling on chocolate lovers everywhere to give up chocolate and get their friends and family to sponsor them to take on the challenge. By giving it a go you could not only kick-start a healthier new lifestyle but help us keep more hearts beating with our life-saving research.”

Emma Gilbert, 27, from Cheltenham, gave up chocolate for 42 days last year to raise money for the BHF in memory of her father, who died of a heart attack in 1999. She has decided to support the nation’s first DECHOXTM campaign to encourage as many people as possible to get involved and raise money for the BHF.

Emma says: “I’m supporting DECHOXTM to raise awareness of the devastating impact of heart disease. Before I did the challenge, I would sometimes eat a whole chocolate orange in one sitting! Now I only eat chocolate about three times a week, so it has benefitted my overall health as well as helping to raise money for a great cause.”

Find out more and sign up to DECHOXTM by visiting bhf.org.uk/dechox Take part on social media by using #DECHOX and sharing your stories and tips for giving up chocolate.