Time to Act: The economic consequences of failing to expand airport capacity

The Independent Transport Commission (ITC) has published a report today that highlights the macro-economic consequences that the country could face if the Government fails to act upon the Airport Commission’s forthcoming recommendations. The ITC is a respected independent transport think tank.

The work shows that the most productive and innovative firms in any economy are those that are involved in international trade and investment. Given this, the report maintains that any failure to take account the needs of firms when deciding on the need for airport capacity ultimately risks harming the UK economy. This report highlights points that were noted in the ITC’s previous report that maintained that Heathrow attracts airlines serving key business destinations and consequently has a higher proportion of business travellers, particularly within the inbound business market.

Steve Costello, a director of Heathrow Hub, the independent proposal to expand Heathrow by extending the northern runway, said: 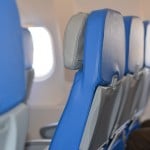 “This is an authoritative piece of work from the ITC which shows that Heathrow is the best place for another runway, and the cost of inaction is that Britain will fall behind in its connections to the markets of the world. The Airports Commission is due to report imminently and we know that ministers are already considering carefully how to respond. The ITC report is a good place to start. Britain cannot afford to delay airport expansion any longer.”

The full report by the Independent Transport Commission can be downloaded here.