The latest 2017 general election Survation poll for ITV has the Tories on 41.5 percent and labour now on 40.4 percent. There’s just 1.1 percent in it!

This interview poll based on 1,103 people will be a wake up call for Theresa May, despite other polls giving her a more comfortable lead of about ten percent.

One point to note is that this poll was conducted just prior to the events of last Saturday night, so misses out any effect that might have on voters’ intentions.

Although fifty percent of the poll respondents said that Theresa May would make the best Prime Minister, the number saying that Jeremy Corbyn would be better in the role has risen from just 15 percent at the start of the campaign to 36 percent in this latest poll. 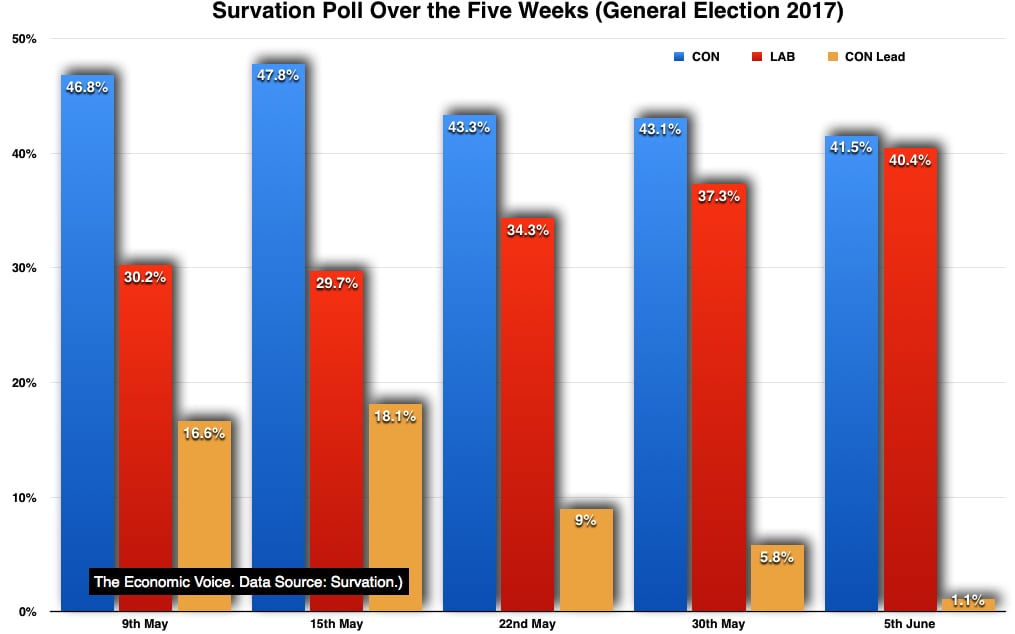 When Mrs May called the election and for the first couple of weeks afterwards, it looked like the Conservative Party was on for a landslide victory with a lead of 18 points, which could have meant a majority of over 100 seats.

Now we hear that Whitehall is making preparations for a hung parliament, something that would have been unthinkable just two or three weeks ago.

Yougov has also put a polling spanner in Theresa May’s plan by reporting a Conservative lead over Labour of four points (42 percent and 38 percent respectively). The Yougov model would only give the Tories 305 seats, which is 11 short of an overall majority. Labour would have 268, the Liberal Democrats 13 and the SNP 42. That would almost certainly lead to a Theresa May resignation. 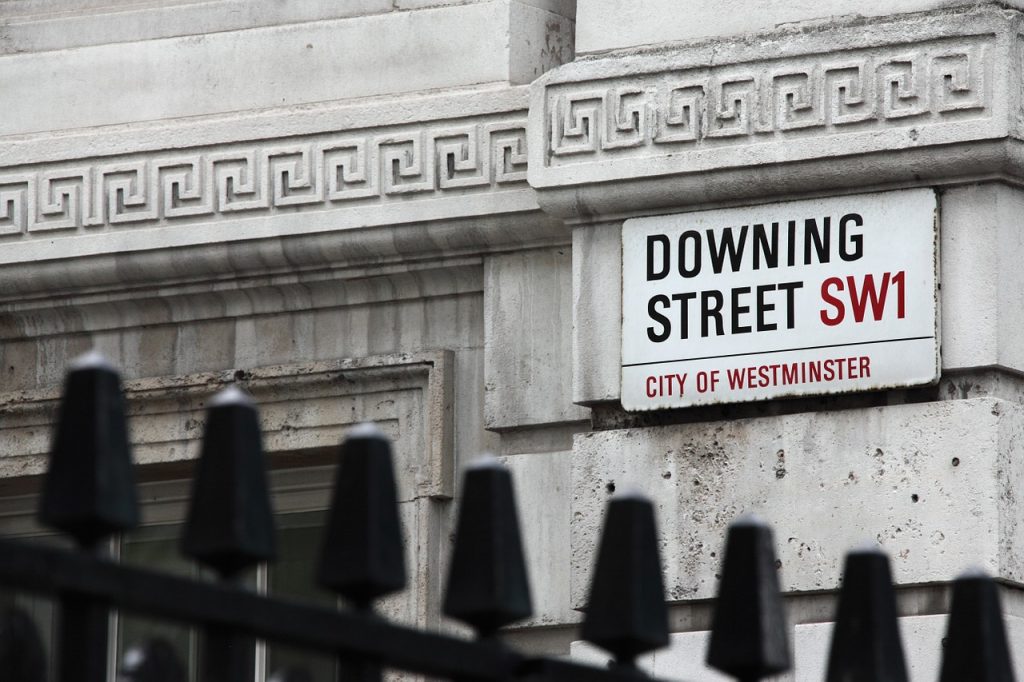 The result may now all hinge on how many UKIP voters the Tories can attract and how much of the youth vote Labour can mobilise before Thursday.