John Constable's Salisbury Cathedral from the Meadows 1831 will go on display in Ipswich from 7 February 2015 to 31 January 2016.

This major 'six-footer' oil painting, one of the greatest masterpieces of British art, has never been exhibited in Suffolk before, where Constable was born in 1776. It will make its debut in the county at Christchurch Mansion's Wolsey Art Gallery along with its preparatory sketch from the Tate collection and will complement Ipswich's outstanding collection of Constables and Gainsboroughs, the most significant body of work by these masters outside London.

Salisbury Cathedral from the Meadows was secured by Tate for the British public through the Heritage Lottery Fund (HLF), The Manton Foundation, the Art Fund (with a contribution from the Wolfson Foundation) and Tate Members. Its Ipswich display is part of Aspire, a five-year partnership project between five partner institutions supported by the Heritage Lottery Fund and the Art Fund to enable the work to go on almost constant view across the UK.

Many of Constable's landscapes feature the Suffolk countryside, now often referred to as 'Constable country', where he grew up and where he sketched from nature for some of his best-known exhibition paintings. It is fitting that this great piece should join these in a place of such importance to the artist. 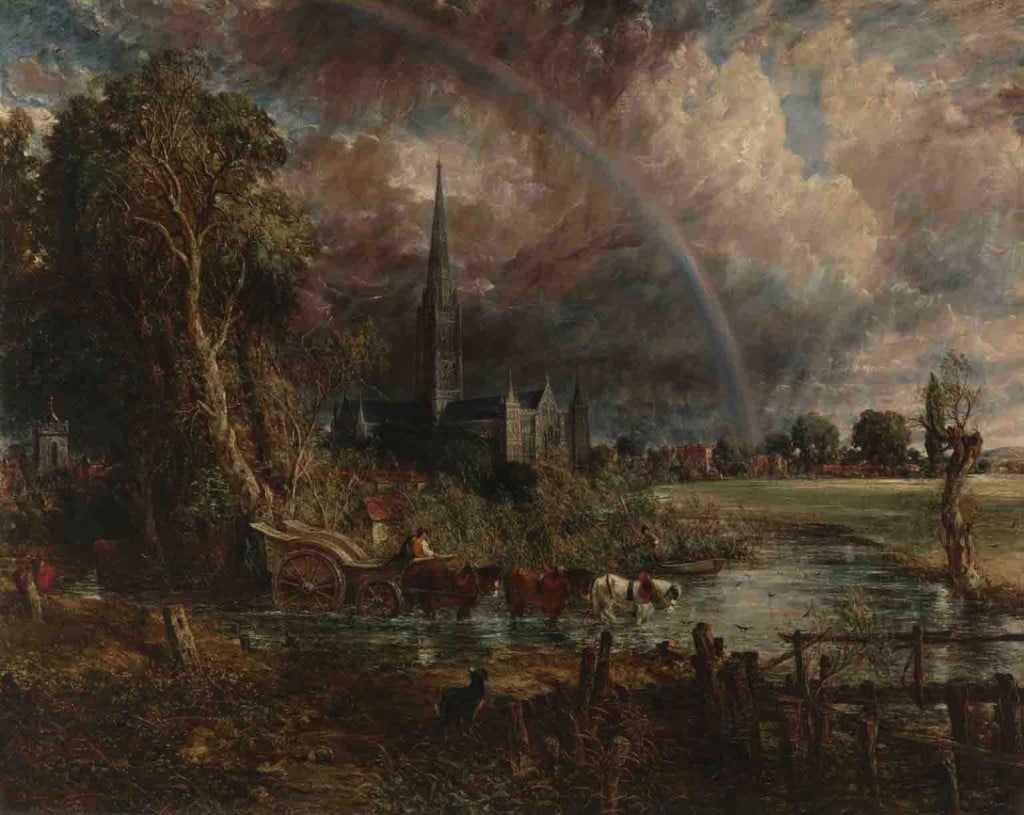 'Our grant of £15.8m came with the condition that Salisbury Cathedral from the Meadows was shared in perpetuity by Tate and four partner museums, including Colchester and Ipswich Museums. Constable was truly a man of the people who believed that art was for everyone – not just the select few – and so it's fitting that the innovative approach of the 'Aspire' project is helping many more people around the country see and enjoy this precious Constable painting.'

'We are delighted to be hosting this true masterpiece of British art here at the Mansion. We are proud to be part of the Aspire programme, which makes the work widely accessible to audiences across the UK- something which Constable himself sought. There will be a special education programme to support the display and we hope this will encourage audiences to learn more about this painting and this artist, who had such close links with Ipswich and the surrounding area.'

Constable was an inspiration to generations of artists and Lucian Freud frequently cited him as one of his early influences. Two Freud works from Tate's collection, Man with a Thistle (self-portrait) 1946 and Standing by the Rags 1988-9 will travel to Ipswich to be shown with the six-footer in September.

Salisbury Cathedral from the Meadows depicts Salisbury Cathedral under both a heavy cloud and a striking arched rainbow viewed from across the River Nadder. The scene has been interpreted as a metaphor for political pressure felt by the Church of England as well as the emotional turmoil Constable was feeling after the death of his wife.

Swizz Beatz Presents No Commission: Art Performs in The Bronx