• Across all sectors, UK employers advertising nearly twice as many new vacancies as four years ago

The number of new jobs available in Construction and Property has risen by 81% in the last 12 months, according to the figures released for February by reed.co.uk.

There are now three times more vacancies being advertised in the Construction and Property sector than at the same point four years ago.

The Construction sector has seen the highest level of growth since the Reed Job Index began, now standing at 330 points, against a baseline set at 100 in December 2009.

The turnaround in fortunes of the Construction sector coincides with a widely-reported surge in property prices and sales in many areas of Britain. The number of new vacancies advertised in the Estate Agency sector also reached record levels during February, growing 25% since the start of the year, and up more than 170% since February 2010.

The Reed Job Index of new vacancies, which is compiled every month using data from over 180,000 vacancies advertised on reed.co.uk, stands at 202, up from 155 in February last year. 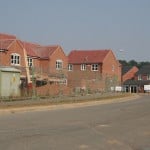 “The Reed Job Index for February shows the extent to which a Construction and Property jobs boom is driving the recovery. New opportunities have tripled in the last four years.

“Returning consumer confidence, low interest rates and government-backed initiatives have all helped to invigorate the sector. Related industries, which service and supply Construction are also benefiting. And rising property sales across much of the UK are prompting record job growth in the Estate Agency sector.

“We should be cautious of too much growth being focused on too narrow a part of the economy, as well as the possible consequences of a bursting property bubble. Consistent jobs growth across all sectors combined with the conditions by which more employees can increase their earnings will enable us to benefit from a sustainable recovery.”