Well, it looks like the Federal Reserve has more ammunition for its bond buying program to continue.

Not only is there a lack of jobs across America, as I discussed in my previous article, but now it looks like the confidence level of consumers is fragile.

According to the Conference Board, the Consumer Confidence Index reading fell to a six-month low of 71.2 in October, down from a revised 80.2 in September and short of the Briefing.com estimate of 72.0. This is bad as far as consumer spending as we approach the key Black Friday holiday shopping season, when the retail sector looks to beef up its sales.

The reality is consumer spending is at risk given the economy and jobs market remains fragile. Knowing they can lose their job will make consumers think hard before buying non-essential goods and services (which is why I pointed out in my last article that looking at defensive stocks, such as utilities and consumer staples, makes sense). You may want to avoid retail stocks for now, but the luxury stocks still look good, given the rich continue to get richer and are less affected by what happens in the economy.

The soft consumer confidence reading, along with the weak jobs market and the decline in pending home sales, will help to make sure the Federal Reserve doesn’t start to rein in its bond purchases until sometime in early 2014.

Of course, that’s great if you are investing in stocks, but it is not good for the long-term economic health of the country. The Federal Reserve is to blame. 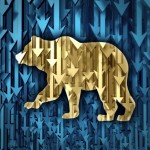 The end result is the higher interest rates will add to the carrying cost of the debt of consumers, which in turn, eats away at the discretionary income available to spend. This means a potential decline in consumer spending, and this will negatively impact gross domestic product (GDP) growth.

Given this, we could see a pullback in the revenues of U.S. companies, which technically should also result in weakness in the U.S. stock market. As a pre-emptive strike, you should look at cutting your exposure to U.S. stocks and taking the profits.

As many of you know, I have been warning of this build-up in debt. The Federal Reserve needs to pare down its bond buying. In spite of lackluster jobs numbers, there needs to be some tough love given now so that we can avoid shifting the country’s mass financial problems onto the shoulders of future generations.

Types of work and industry accidents