GfK’s UK Consumer Confidence Index has increased three points to 7 in August.  Four of the measures used to calculate the Index saw increases this month and one measure saw a one-point decrease.

“Consumers continue to report higher levels of confidence this month maintaining the positive growth curve we’ve seen since the start of 2015.

"Confidence in the future for both our personal financial and general economic situation for the next 12 months remains strong – consumers now believe that UK economic recovery is robust, we’re in the black and that prospects for growth are fact and not fiction.” 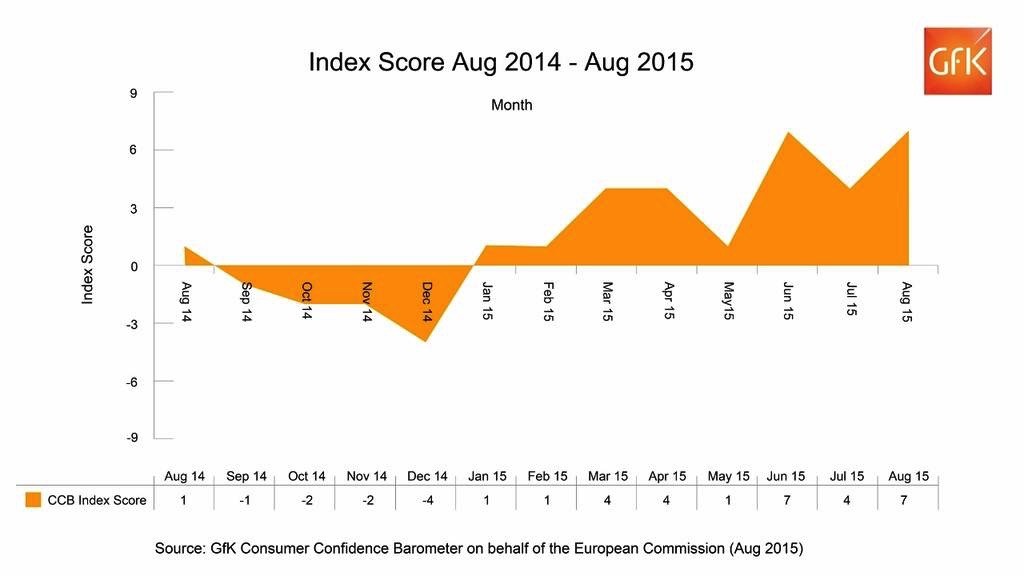 The Overall Index Score has increased three points this month to 7. 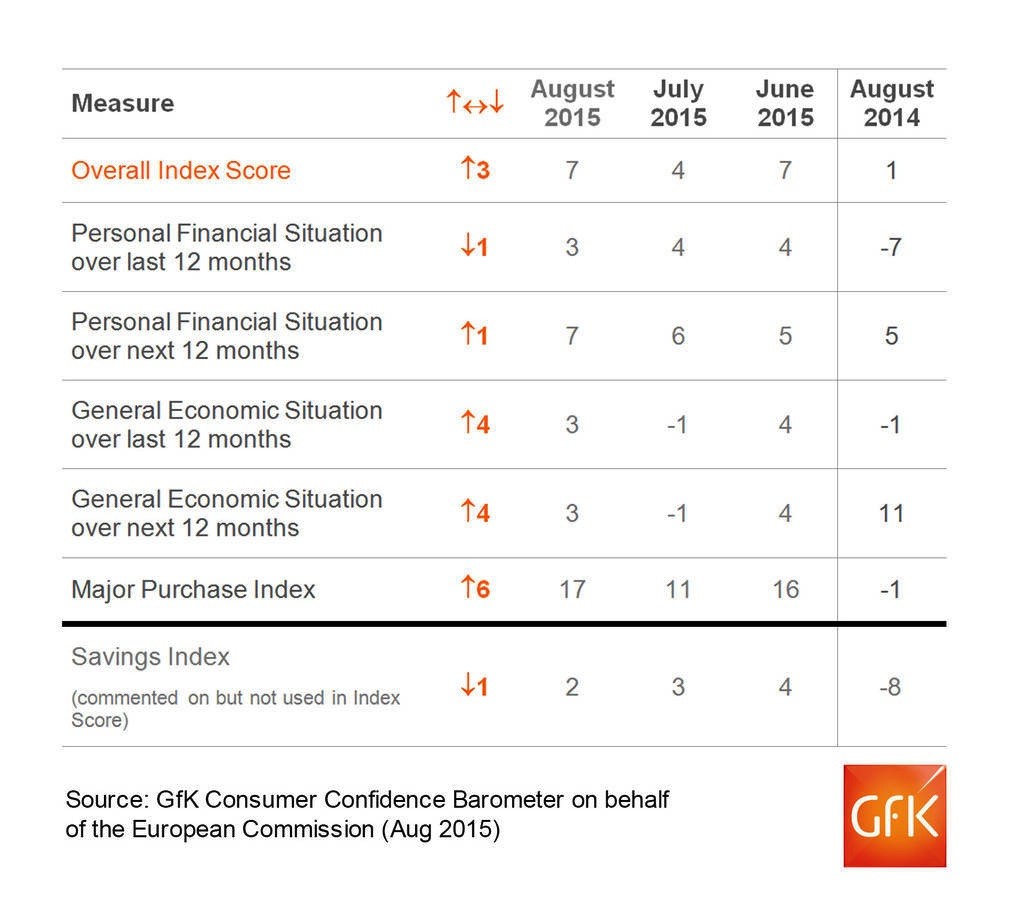 The measure for the General Economic Situation of the country during the last 12 months has increased four points this month to 3; this is four points higher than August 2014.

Expectations for the General Economic Situation over the next 12 months has increased four points to 3; this is eight points lower than this time last year.

The Major Purchase Index has increased six points this month to 17; this is 18 points higher than this time last year.

The Savings Index has decreased one point to 2; which is ten points higher than August 2014.