Consumers And Businesses One Step Closer To New Bill Of Rights

Consumers will be one step closer to having enhanced, easy to understand consumer rights following the introduction of the new Consumer Rights Bill to Parliament by Consumer Minister Jenny Willott today.

The Bill, which is predicted to boost the economy by £4 billion over the next decade, streamlines overlapping and complicated areas of consumer law from eight pieces of legislation into one easy to understand consumer Bill. It also introduces new rights for consumers and businesses.

Currently, consumers spend more than 59 million hours a year dealing with goods and services problems which cost them an estimated £3 billion a year. This deregulatory Bill will mean consumers and businesses will find it easier to resolve problems with faulty goods, substandard services and, for the first time, corrupted digital downloads.

In the Bill consumers will have the right to:

– Get some money back after one failed repair of faulty goods (or one faulty replacement).

– Demand that substandard services are redone or failing that get a price reduction.

– A set 30 day time period to return faulty goods and get a full refund.

– Challenge terms and conditions which aren't fair or are hidden in the small-print: for example airlines charging baggage fees will have to make them really clear when consumers are booking to avoid legal challenge. 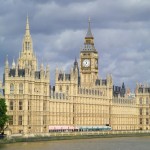 "For far too long consumers and businesses have struggled to understand the rules that apply when buying goods and services. That is why the Consumer Rights Bill sets out in one place key consumer rights for goods, services and, for the first time, digital content.

"Well-informed, confident consumers are vital to building a stronger economy. Our plans will mean consumers can be confident about their rights in everyday situations and businesses will spend less time working out their legal obligations when they get complaints from customers."

If passed into the law, the Bill will also give consumers the right to get a repair or a replacement of faulty digital content such as film and music downloads, online games and e-books helping the millions people who experience problems each year.

"The Consumer Rights Bill brings consumer law into the 21st century, extending rights into digital content for the first time, and making it easier for people to understand their rights and challenge bad practice. This Bill provides a firm foundation for empowering consumers and will benefit businesses that treat their customers fairly."

Businesses are also set to benefit. Many already provide their customers with enhanced rights. But even the best businesses still have to spend significant time and resources understanding the law and training their staff to apply it, more than they should have to – simplifying the law will reduce burdens.

New measures in the draft Bill that will benefit businesses include:

– Faster and lower cost remedies for businesses who have been disadvantaged from breaches in competition law – A reduction in on going training costs. Businesses will spend less time understanding their obligations or considering different scenarios when training staff.

"The new Consumer Bill of Rights is a practical and well balanced set of measures to make rights and duties clearer, both for businesses and consumers. We welcome this initiative, which will help to build trust with customers.

"We also appreciate the sensible approach BIS has taken in drafting the Bill, working in close co-operation with us and our members. We will examine the full Bill with interest and look forward to continuing to engage constructively as it progresses towards becoming law."

The government response to the House of Commons Business Select Committee report into the draft Consumer Rights Bill was also published today.

Examples of where the Bill will provide greater clarity include:

– You play a 'freemium' computer game – the game was free when you started playing it five months ago but since then you have spent quite a bit of money on in-app purchases to improve your character. You've also earned some points through game play which you also used to build your character. Ever since you last upgraded your character, following an in-app purchase, the game has failed to work properly. Under the Bill as the digital content is intangible you would be entitled to a repair or a replacement because even though the game was "free", the in-app purchase was not working as expected. If a suitable repair or replacement is not possible then you would be entitled to some money back.

– You buy a CD but when played it jumps erratically between tracks or gets stuck. You try to return it but the retailer says that they don't offer refunds on CDs. Under current legislation your rights are unclear, but the Bill makes it clear that for faulty digital content bought on a tangible medium such as a CD, you are entitled to a refund within 30 days of purchase.

– You buy a £20 toaster but after three and a half weeks you find that it no longer works. Currently, under the law, it is not clear whether you have a right to return the goods and get a refund because it is not clear if three and a half weeks is a "reasonable time". Under the proposed Bill you will have a clear right to a full refund as fewer than 30 days have passed.

– You purchase a SoarPrice airlines ticket and see a phrase on the last booking screen that "extra fees may apply". You tick the box next to it and book your ticket. But when you arrive at the airport you find that you have to pay an excess baggage fee. Currently, SoarPrice could argue that the excess baggage fee was part of the price of the ticket so cannot be challenged for fairness. However, the fee was not brought to your attention when you booked. It was not sufficiently transparent and prominent. Under provisions in the Bill, it will have to be prominent as well as transparent otherwise it could be assessed for fairness in the courts.