Expectations in the October 2015 Survey of Consumer Expectations (SCE) appear mixed. The median three-year ahead inflation expectation fell slightly to its lowest level since the inception of the survey and household income expectations recorded their largest one-month drop of the series. In contrast, earnings growth and household spending growth expectations both increased slightly, while the perceived probability of losing one’s job over the next 12 decreased to a new series low. 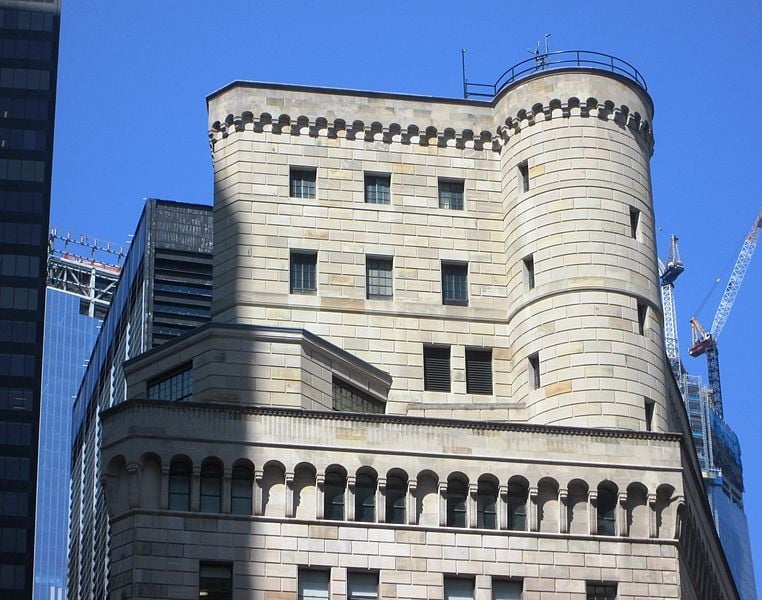 By Beyond My Ken (CC)

Additional results from October 2015 survey include:

• Median inflation expectations at the three-year horizon declined by 0.1 percentage points to 2.8 percent, the lowest level since the inception of the survey in June 2013. In contrast, median inflation expectations at the one-year horizon rose slightly from 2.7 percent to 2.8 percent, but remain at the low end of the range observed over the past two years.

• One-year ahead expectations for changes in commodity prices all increased, most notably for gas and the cost of a college education.

• Median expected earnings growth rebounded from 2.2 percent to 2.4 percent. The increase was driven mostly by respondents aged over 60, and respondents with lower education and lower income.

• The mean probability of leaving one’s job voluntarily also declined from 22.4 percent to 21.6 percent, while the mean perceived probability of finding a new job in 3 months (if one lost their current job today) remained unchanged at 54.8 percent.

• Median household income expectations fell sharply from 2.8 percent to 2.3 percent. This is the largest one-month drop of the series. Income expectations are now back to levels seen in the first half of 2014. The decline was broad based across demographic groups.

• After declining for the past three months, median household spending expectations rebounded from 3.2 percent to 3.5 percent. The increase is relatively general across demographic groups except for respondents below 40 whose expectations dropped slightly.

• The average perceived probability of a higher year-ahead interest rate on savings accounts decreased slightly from 30.9 percent to 30.3 percent. The decrease is driven mostly by respondents with higher education, higher income and higher numeracy skills.

About the Survey of Consumer Expectations

The SCE contains information about how consumers expect overall inflation and prices for food, gas, housing and education to behave. It also provides insight into Americans’ views about job prospects and earnings growth and their expectations about future spending and access to credit. The SCE also provides measures of uncertainty in expectations for the main outcomes of interest. Expectations are also available by age, geography, income, education and numeracy.

The SCE is a nationally representative, internet-based survey of a rotating panel of approximately 1,200 household heads. Respondents participate in the panel for up to twelve months, with a roughly equal number rotating in and out of the panel each month. Unlike comparable surveys based on repeated cross-sections with a different set of respondents in each wave, our panel allows us to observe the changes in expectations and behavior of the same individuals over time.

The survey is conducted on our behalf by The Demand Institute, a non-profit organization jointly operated by The Conference Board and Nielsen. The sampling frame for the SCE is based on that used for The Conference Board’s Consumer Confidence Survey (CCS). Respondents to the CCS, itself based on a representative national sample drawn from mailing addresses, are invited to join the SCE internet panel.