New Which? research finds that consumers are potentially losing thousands of pounds a year in fees and charges by being with the wrong bank, yet can't easily compare accounts to switch.

Which? compared overdraft charges, interest forgone if you're in credit, and using your debit card overseas between 21 current account providers. In the worst case scenario, going overdrawn without permission and having payments rejected could cost an extra £183 in fees and charges a month with the Bank of Ireland Clear Account Level 1 – the most expensive – compared to the Halifax Reward Current Account – the least expensive. Over a year this could add up to a massive £2,197 if you do this every month.

Even if you only use an authorised overdraft – as the Which? latest consumer insight shows that five million households do – for just a few days a month, you could be around £120 worse off a year if you bank using TSB's, Lloyds' or Bank of Scotland's Classic Account, rather than Clydesdale bank or Yorkshire bank's Current Account Direct.

Consumers could avoid these fees if they switched to an account that is better suited to their needs. For example, while Halifax's Reward Current Account is cheapest for using an unauthorised overdraft, it is one of the most expensive for authorised overdraft charges. But the information that banks make available to customers at present doesn't allow people to compare accounts based on their needs.

Separate Which? research finds that half (52%) of consumers who haven't switched banks say they'd be more likely to if it was easier to compare accounts, yet only a quarter (26%) agree that this is easy to do at the moment. And previous Which? research found that current account charges are so complex that consumers cannot work out the cost of running an account.

With the cost of living top of the agenda, ahead of the Autumn Statement Which? is calling on the Chancellor to step in and use powers he already has to force banks to release data about how customers use their accounts. This can be used to develop comparison tools that allow consumers to rank providers by cost based on their needs.

Banks already have this data and are using it to design products and services but they don't all share it with their customers in the same way. Which? is calling for banks to make this information easily accessible and usable to consumers in a format consistent across all providers, so they can see which bank account is best for them and avoid hefty fees.

"Our research lays bare the huge difference in fees and charges between current accounts. With many households relying on their overdrafts to cope with the rising cost of living, we're calling on the Chancellor to force banks to release information so consumers can make sense of the way they use their account and choose the one that is best for them.

"Unless banks make it simple for people to compare the cost of running a current account, the new switching guarantee alone will fail to transform switching rates or significantly increase competition in banking." 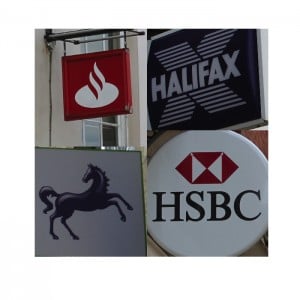 Trust in banks is at rock bottom, but putting consumers back in control should help to restore this lost confidence and may help to increase competition in the current account market, forcing banks to compete on cost and quality of services.

Two-thirds (64%) of those that have not switched bank account in the past 12 months think banks should be more transparent about the total cost of the charges that people incur says Which? and a quarter of all people (23%) think there is a current account on the market that better suits their needs. This increases for those who use an authorised overdraft (24%) and an unauthorised overdraft (46%).

Which? found overdraft charges can be more expensive than payday loans and yet these will not be included in the new credit rules that were announced by the Chancellor this week. It's time, says Which? that the Government stepped in to clean up the whole of the credit market, and help people avoid these massive fees.