In 2013, major US Internet providers sought to protect the rights of copyrighted material, electronically sleuthing and detecting illegal behavior.

Those who provided and downloaded peer-to-peer information were found and penalized.

Content providers, such as Comcast, advocate the “six strikes” Copyright Alert System, having millions invested in sending paid programming to customers for years.

Those sharing copyrighted material without the authorization of the copyright holders not only violate copyright laws but also threaten the existence of for-pay systems such as Comcast’s.

When the Copyright Alert System started last year, Comcast began sending emails to customers who were identified as possibly sharing or receiving illegal P2P (peer-to-peer) content. Within a year’s time, it’s estimated that over 600,000 emails were issued, though it is unknown how many of the recipients might have actually engaged in copyright infringement.

Online piracy continues to frustrate both producers of content as well as original artists who seek to benefit from paid systems. Readers may remember one of the initial bouts regarding the protection of online material taking place over ten years ago, involving an early P2P music file-sharing application. 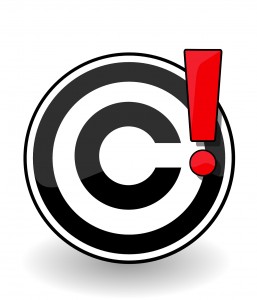 In a digital age, quickly changing regarding platforms, tools, and possibilities, it’s sometimes difficult for novices (or noobs) to understand what’s legal and what is not regarding the attribution of online content. For example, some YouTube content (free to watch) eventually is discontinued due to allegations of copyright infringement. In the situation, the end user, the watcher is not “in trouble,” yet the provider, the owner of the particular YouTube channel is in violation.

Defining and policing piracy is a continued debate. Some end users feel P2P actions are like ‘borrowing’ a book from the library; some content should be legally shareable. However, in a digital age where medium popularity shifts (Newspapers continuously lose money on print advertising.), creators, major brands and content publishers must ensure the livelihoods of respective enterprises.

The temptation of ‘borrowing’ copyrighted material may be strong, wrong as it is; otherwise, there would be no need for the “six strikes” system and similar actions to thwart piracy. In addition to legal ramifications, those who illegally share and receive content run the risk of attracting a bug or computer virus.

Moreover, those who attract bugs from rogue sites and personalities leave defunct computer digital footprints traceable by federal and private agents (who may fix your computer and subsequently contact the proper authorities).

Like many loopholes in life, the six strikes system seems lax as compared to other attempts to deter and eradicate illegal behavior. However, some penalties have been severe and methods of locating offenders get better as online browsing and file sharing gains in popularity.

It’s best to use safe and legal methods of locating and obtaining files. View information about the Peer to Peer Vuze bittorrent software and check out the resources they provide for locating free content that is in the public domain or where the copyright holders have authorized free distribution.

The RIAA (representing many major music labels) reminds online browsers that even though particular material does not brandish the copyright protection symbol, material is under protection and violators will be prosecuted as understood by law.

Whether contacted by Comcast, a learning institution or other policing entity, illegal downloading can begin counting the number of strikes and opposing parties.

Leonor adores modern technology. From innovative capabilities to self-regulation, she often blogs about the ins and outs of today's tech systems.