Jeremy Corbyn’s victory will be a “major issue” for global investors and his economic policies would be “detrimental” to Britain’s pro-business reputation, warns the CEO of one of the world’s largest independent financial advisory organisations.

Nigel Green, the founder and chief executive of deVere Group, which offers award-winning financial advice to 80,000 high net worth clients, is commenting after the Islington North MP was formally announced leader of the Labour Party on Saturday morning.

Mr Green affirms: “The victory of this hard-Left socialist as Leader of Her Majesty’s Opposition is, I suspect, going to prove to be a major issue for global investors.

“Corbyn’s economic policies fly in the face of the message that ‘Britain is open for business’. They would be detrimental to Britain’s hard-earned and invaluable pro-business reputation. 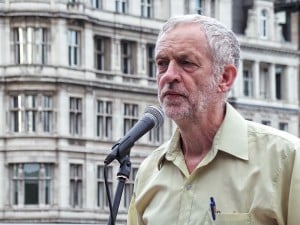 “On the flip side, he might like to look at the plentiful examples that prove that countries which do not excessively ‘soak the rich’ enjoy positive economic effects.”

He continues: “So-called Corbynomics, whereby everyone would pay more tax to pay for hugely increased public spending, would backfire spectacularly.

“Mr Corbyn seems so far removed from reality that he is unwilling or unable to accept that if you significantly increase taxes and disincentivise work and investment, people will change their behaviours.

“If taxes are excessively increased, many of Britain’s most successful wealth and job creators and investors, who also support the Revenue through their significant UK income tax receipts and personal spending, will simply move to lower tax jurisdictions.  These individuals have the resources to do so and will do so.

deVere CEO Nigel Green concludes: “In short, Mr Corbyn’s economic policies would mean reducing living standards across the board, slashing the tax base, and compromising the country’s ability to work for and with the majority.

“Instead of out-dated Corbynomics, what Britain needs to secure its long-term sustainable economic growth are further supply-side reforms, a continued and secure place within the EU – the world’s largest single market, a focus on ironing out macroeconomic imbalances, and a robust and progressive immigration policy.

“Global investors have been monitoring the UK political landscape carefully in recent times and that scrutiny will be intensified further due to Corbyn’s victory.”