Corporate Conflict Is On The Increase, Says New Study

• Large commercial disputes are on the increase

• Protecting reputation is a key driver for pursuing a dispute

A new study from global law firm Eversheds has revealed a significant increase in the number of large commercial disputes, and despite the fact that large corporates do not want to resort to litigation, the majority of conflicts are being resolved in court. According to the findings, whether a company wins or loses in court is determined by the calibre of the professionals involved in the case.

The study, entitled Companies in Conflict: How Commercial Disputes are Won, was undertaken by Eversheds, together with academics at King's College London and the University of Surrey, to examine the way such companies approach large disputes. It reveals an increase in the number of commercial conflicts during the last three years. Corporates with a turnover of more than £1bn typically engaged in between two and five large disputes during that period, but 16% of companies were involved in more than ten.

With such business critical issues at stake, it is perhaps surprising that senior management is adopting a remote position in the management of large disputes. Only in half of the cases (55%) did the CEO have long-term oversight. However, this could be explained by the finding that in 90% of cases the business felt it was able to accurately predict the outcome.

Commenting on the findings, Professor Renato Nazzini, professor of law at King's College London and co-author of the study, said: 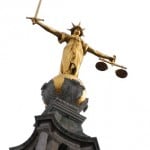 "With such a high degree of convergence between the predicted and actual outcomes of disputes, why do companies litigate or arbitrate if they can forecast the outcome? Typically, when a dispute is not settled, this is either because one party refuses to engage in meaningful negotiations or mediation, or because both parties see the strengths of their respective cases as being too far apart.

"The solution to this impasse is not new: insistence on a contractual, multi-tier dispute resolution clause, combining negotiation, mediation and, as a last resort, litigation or arbitration. Such clauses ensure that neither party can initiate proceedings without an attempt to negotiate and mediate the dispute."

The study identifies the factors affecting success in pursuing large commercial disputes. At the outset, it emerges that speed of response and team integration is essential in formulating the right strategy. Once the decision has been taken to litigate, the study reveals five factors for success, which are: the performance of counsel, the quality of the preparatory work, effectiveness of evidence gathering and the quality of the judge and expert witnesses.

"The study reveals how businesses need an 'A' team of professionals to secure the right outcome in court, but while this includes representing counsel it also extends to the judge and the quality of the expert witnesses. Businesses are encouraged to bear this in mind in the early stages of formulating their strategic response to a dispute before relinquishing control and heading straight to court.

"With sizeable disputes on the increase, it is more important than ever for businesses to have a good strategic overview of a dispute from the outset so they can make sound commercial decisions about how to secure the best outcome. General counsel are looking to their external legal advisers for across-the-board competence, deep experience, measured advice, and powerful advocacy when fighting becomes unavoidable."

Why Business Start-ups Should Create Their Own Mobile Apps