For as long as profitable corporations have been around, men have been in leadership roles ensuring operations run smoothly.

And in those turbulent times, several have taken desperate measures to weather the storm; others folded.

As time has progressed, more and more women have landed executive roles in these multi-million and -billion dollar corporations, and soared profit margins to new heights.

Many of their paths haven’t been easy, but these women have proven to have what it takes to lead some of the largest, most successful corporations in America.

Here are some notable female trailblazers in the ranks of corporate leadership: 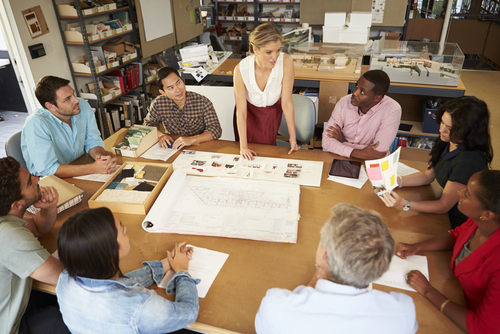 Since Keiko Brockel was appointed President and Chief Operating Office at Nitto, the company is doing better than ever at selling their high performance tires. (If you happen to be in the market for a new set of tires, explore Nitto’s comprehensive selection.)

Title: Chairman and CEO of PepsiCo

Under Nooyi’s leadership, PepsiCo’s profits have doubled. She has also enhanced the presence of the consumer products giant on the international stage.

Title: Chairman and CEO of DuPont

In her six years as Chairman and CEO, DuPont’s market cap has witnessed exponential growth; more than double what it was prior to her appointment in 2009, notes Fortune.

Outside of Mark Zuckerberg, Sandberg is the face of Facebook. Through her integral role with the mega social media platform, Sandberg earns a whopping $38 million salary. She’s also the author of the best-selling title, “Lean In,” and a martyr for gender equality in corporate America.

Hewson assumed this leadership role in 2013 and immediately led the company to a record-breaking year in the operating profit and earnings per share categories.

In 2013, Whitman helped HP reach revenues of $112.2 billion. The company also experienced an increase in sales in the third quarter of 2014, which is the first time in more than three years.

In 2012, Johnson assumed the role of president of the second-largest mutual fund company in the United States. As of 2014, the company boasted an impressive $4.62 trillion in assets.

Title: Chairman and CEO of Xerox

Not only is she known as the first-ever African-American female CEO among Fortune 500 companies, Burns has also spearheaded Xerox’s transition from a printing hardware firm to a leading provider of business services.

Foster has the role of leading Brazilian oil giant, Petrobas, which generates annual revenues of over $130 billion, annually. Petrobas is responsible for the production of 91 and 90 percent of Brazil’s oil and natural gas supply, respectively.

So, You Came Into Some Money: Be Smart & Manage It Well