The question itself feels almost absurd: could the UK possibly transform from a nation of homeowners into a nation of renters? The aspiration to own one’s home defines a large aspect of our national psyche where property is concerned.

Taking into account population growth rates, the population of the UK would be around 68 million by this time [3], meaning that the rental sector would account for a quarter of households. If the social rented sector is still equal in size to the private rental sector – as it was at the time of the last census [4] – then the UK population would be split roughly 50/50 between owning and renting for the first time in over half a century. 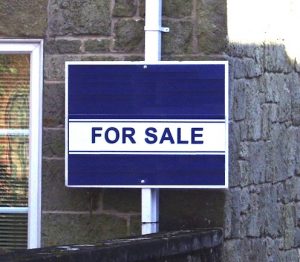 Now, back-of-a-matchbook mathematics does not a foregone conclusion make! But the numbers do suggest that the end of the owner-occupier majority is a very real possibility.

So long as construction fails to meet the demands of a growing population, house prices will continue to rise faster than earnings. And so long as house prices continue to rise faster than earnings, the number of people able to buy their own homes will fall (unless, of course, we see an ill-advised return to the risky mortgage lending practices that helped precipitate the recession).

Whether or not it overtakes the owner-occupied sector, it is clear that the private rental sector will come to house an increasing number of people for far longer periods of their lives. People will start families in rented homes; people will grow old in rented homes. The UK requires a system that is fit for purpose.

This is very much already on the political agenda. Back in 2013, the Department for Communities and Local Government (DCLG) proposed a number of measures intended to help make the private rental sector more accommodating for families and long-term tenants. It included:

• Proposed regulations that require the 3,000 or so lettings and property management agents who hadn’t already done so to join a compulsory redress scheme. This was brought into force on 1 October this year, and agents who are not registered with one of three government-approved redress schemes face fines of up to £5,000.

• A voluntary code of practice for private landlords and property managers. Working with the government and industry bodies, the Royal Institute of Chartered Surveyors (RICS) published the private rented sector code of practice, which was released this September.

• A ‘tenant’s charter’ that outlines for tenants what they should expect from their landlord and what measures they can take if they are stung by hidden fees or subject to substandard accommodation. A draft tenant’s charter was published at the time of the announcement.

Many groups feel that the reforms and proposed reforms do not go far enough. In a response to the DCLG policy document ‘Improving the rented housing sector’, released on 23 April 2014, homelessness charity Crisis echoed the popular sentiment that the private rented sector is no longer simply a ‘stop gap’ for students, young professionals or people between homes, and that as a long-term housing solution it is insufficient. They argued that, particularly at the ‘lower’ end of the market, lack of choice and low physical standards are a real problem.

Indeed, what is on offer in the private rental sector is very much determined by what is deemed to be a sound investment; and as this end of the market is considered higher-risk, fewer landlords are willing to stake their business on catering to it. This is a problem with the sector that cannot be easily rectified, as incentivising one type of investment can distort the market, whilst regulation (if not properly implemented) can diminish it.

As such, the best solution to the housing crisis is a balance between the three established tenures – owner-occupation, private renting and social renting – wherein each is attainable and available for those who need and want them, and each performs in the manner it is supposed to.

The private rental sector is far from perfect, but it is at least gratifying to see that legislators are recognising the importance it plays, and the further importance of ensuring it is fit for purpose.

Written by Ben Gosling for commercialtrust.co.uk

The end of the recession! Now what?