According to the July data from the Royal Institution of Chartered Surveyors (RICS), released on 14 August, house price growth in the capital is expected to slow to a canter over the coming 12 months.

On average, surveyors in London expect prices to rise by just 1.9%. This is compared to 4.5% predicted last July, and a recent high of 7.4% in March. Furthermore, only 10% of London surveyors saw prices rise in July, and new buyer enquiries fell by over 30% [1].

With the economic recovery finally picking up speed outside the M25, the capital has suddenly become the coolest region in terms of buyer demand and observed price growth. This will be good news for both London buyers and the policymakers charged with invigilating the previously rapid price growth in the capital. However, it does raise some doubts as to whether the city will continue to attract investment in residential property.

Thanks to the tremendous capital outlay required for London property, landlords in the capital typically see lower rental yields than elsewhere in the country. However, because of strong capital growth, the total return on investment is much more impressive; in 2013, landlords in London saw an average ‘real yield’ of 14.6%, compared to just 8.9% elsewhere [2].

As the national recovery picks up speed and London prices begin to stabilise, this marked advantage will be lost. The crucial question is this: will this deter much-needed investment in London?

London – the ‘biggest risk’ to the recovery

The Bank of England has throughout the year repeated the warning that London house prices, which were rising faster than wages, were increasing the amount of debt in the economy and posing the ‘single biggest risk’ to the UK’s economic recovery [3].

The news of the cooldown is therefore positive, for both London buyers and the UK as a whole. 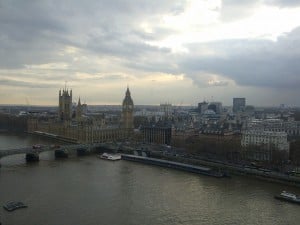 On the other hand, if this development deters needed investment in rental property in London, the prospects for London’s private tenants will be less rosy. Rents in London are already around twice the UK average, and a dip in supply could stretch them to breaking point.

However, thanks to slowing prices, landlords might once again find more reason than just capital growth to invest in London.
The labour market in the capital has strengthened significantly this year. Average salaries have risen by 2.9% in the first two quarters of 2014, and rose by 1.5% in June alone. Furthermore, the number of Jobseekers per vacancy has almost halved, from 1.48 in June 2013 to just 0.78 in June 2014 [4]. With more vacancies than candidates, wages are likely to increase further.

Tenant’s incomes are one of the main factors that limit private rents, and as incomes increase, so too will the rents that landlords can charge. If rents begin once again to rise faster than prices, yields will improve, incentivising further investment in London property.

There are currently two main barriers for landlords hoping to buy in London. The first is ‘debt-service coverage ratio’ (DSCR), which is the percentage by which the monthly rent must cover the buy-to-let mortgage repayments at a hypothetical interest rate. This is usually set at around 125% of the payments at 5% interest – a figure that many properties in London are unlikely to achieve unless significantly under-geared.

The second barrier, far more simply, is the entry cost. The sheer cost of London property renders it unaffordable for occupiers and landlords alike.

With prices finally cooling in the capital, both of these barriers may become less of an issue as time goes on. Far from deterring investment, this development may be what is needed to boost it.