With Greek politicians vying for votes ahead of the June 17th election re-run, and other European politicians making ominous noises about what will happen if the new government does not abide by the terms of the existing deal, you might have thought that markets would be nervous but relatively quiet head of the poll.

No such luck. The big problem with the whole question of a Greek exit – quite apart from the massive damage it would do to the Greek economy – is that it would focus investors’ minds on who might be next. Ireland and Portugal are (just about) surviving on their bailouts for now. So attention has shifted to Spain, which is firmly in the firing line.

The revelation that Bankia, Spain’s third largest bank, needs â‚¬19bn in order to survive has shocked financial markets. We all knew that Spain was in the grips of recession, and that unemployment had soared as the fiscal straightjacket had been imposed. But I suspect few realised the extent of the link between the economic situation and bank balance sheets.

The problem is that bank losses are endogenous. Or, in plain English, the worse the recession gets, the bigger the holes on banks’ balance sheets because people and companies increasingly cannot afford to pay back loans. These losses in turn put pressure on the Government to recapitalise the banks, which then puts sovereign debt back in the spotlight, possibly resulting in further austerity. And in the absence of the almost mythical expansionary fiscal contraction, further austerity hits growth and jobs, increasing banks’ losses again.

European policymakers have had three years and still not really got to grips with this vicious cycle. In some instances bailouts have been commendably focused in part on recapitalising banking systems – notably Ireland’s support package and the second Greek deal – but these failed to take into account the damage that austerity measures would do. Europe has not yet managed to break the cycle between austerity, the economy, and banks. In order to really resolve this crisis, it needs to.

Some commentators suggest that euro-wide bank deposit guarantee and resolution schemes are needed here. They would help, but Europe does not have enough time to set these up. With the fourth-largest euro economy under increasing pressure and Greece going to the polls in less than three weeks, policymakers need to do the best they can with the tools at hand right now. That means being more creative with the EFSF and ESM.

To his credit, President Hollande has managed to raise important questions about the best balance between austerity and growth, and the possible role of Eurobonds. Europe has got the former badly wrong so far – and Berlin has been blocking the latter. The irony is that, while the German public are not particularly keen on helping out their fellow Europeans, Chancellor Merkel’s main opposition are more pro-euro than she is. They realise that the fallout from a Greek exit – let alone a Spanish one – would damage the German economy, both via bank contagion and losses and (eventually) a higher exchange rate. The UK recession would deepen as well – and even the US might be dragged under.

Hollande’s interventions may finally spur Berlin into action. But, even if Greece sticks to the terms of its deal, market pressure on Spain will intensify as further austerity squeezes the life out of its economy. Unless something changes soon, the countdown to Eurogeddon could become unstoppable. 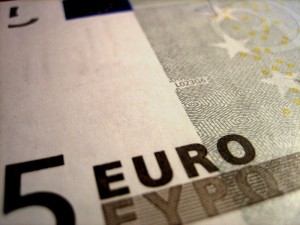 Image by JLogan (Own work) [CC-BY-3.0 (http://creativecommons.org/licenses/by/3.0) or Public domain], via Wikimedia Commons

Shifting from Reflation to the Higher Yield Trade

Energy Crisis As Early As 2016