The Court of Appeal has today ruled that the government cannot maintain the status quo, whereby civil partnerships are still only available to same-sex couples – they are on borrowed time.

In a split decision (2:1), London couple Rebecca Steinfeld and Charles Keidan narrowly lost their legal challenge to the government’s ongoing ban on mixed-sex civil partnerships. All of the judges were critical of the status quo. All agreed that the couple are being treated differently because of their sexual orientation, and that this impacts their private and family life. All rejected the argument that they could ‘just get married.’ And, most importantly, all emphasised that the government cannot just ‘wait and see’ indefinitely, but must make a decision quickly. 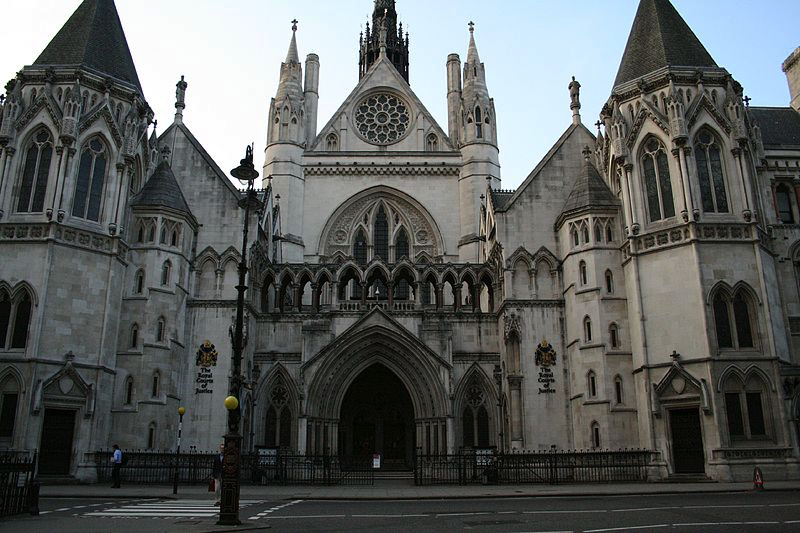 But two judges concluded that the government should be allowed just a little more time to make a decision on whether to extend civil partnerships to mixed-sex couples before their position becomes unlawful. The ruling states that the government now has only a short window to ‘wait and evaluate’ before deciding whether to extend civil partnerships to all, or else their position will become unlawfully discriminatory.

Speaking outside the Royal Courts of Justice where the ruling was handed down, supporters of the Equal Civil Partnerships Campaign called on the government to announce a simple amendment to the Civil Partnership Act 2004 in the forthcoming Queen’s Speech so as to extend civil partnerships to all. They said there is clear demand for that to happen, it is simple to do, and it would be good for families and children.

The case was brought by Rebecca Steinfeld and Charles Keidan, a mixed-sex couple from London who want to form a civil partnership.

“We are pleased that today’s ruling has shown that the government must act very soon to end this unfair situation. All three judges agreed that we’re being treated differently because of our sexual orientation, and that this impacts our private and family life. All three rejected the argument that we could ‘just get married.’ All three emphasized that the government cannot maintain the status quo for much longer – they are on borrowed time. Lady Justice Arden accepted our case on almost every point. She stated: “My overall conclusion: the appellants are right.” We lost on a technicality – that the government should be allowed a little more time to make a decision. So there’s everything to fight for, and much in the ruling that gives us reason to be positive and keep going.”

“The Court of Appeal has made it clear the status quo cannot continue. The government should now recognize the benefits of opening civil partnerships to mixed-sex couples. The measure is fair, popular, good for families and children, and long overdue. They have everything to gain.”

“I do not consider that the discrimination in the status quo can be maintained for long.” Lord Justice Briggs said. “‘I can well understand the frustration which must be felt by the Appellants and those couples who share their view about marriage, about what they regard as the Government’s slow progress on this issue. Some couples in their position may suffer serious fiscal disadvantage if, for example, one of them dies before they can form a civil partnership."

“It is deeply disappointing that my clients lost their appeal by such a narrow margin on such an important issue, particularly when all three judges readily accepted that there had been a potential violation of their human rights. All three also agreed that the time available to the Government to address the obvious discrimination Charles and Rebecca face is limited. Lady Justice Arden accepted that time had already run out, whilst her fellow judges were unfortunately prepared to allow the Government a little more time, and thus the appeal was lost on this issue alone. It is therefore clear that the Government must act quickly in any event to deal with the discrimination which the court as a whole recognised could not continue indefinitely and which they agreed is ultimately unsustainable. We are therefore awaiting an urgent response from the Secretary of State as to her position in response to the judgment, whilst preparing an immediate application for permission to appeal to the Supreme Court."

Since Charles and Rebecca first appeared in court over 72,000 people have signed a Change.org petition calling for civil partnerships to be open to all. The Equal Civil Partnerships Campaign that was set up to support them has attracted the backing of MPs, MEPs, and Assembly Members from all parties, as well as from campaigners like Caroline Criado-Perez, Owen Jones, and Peter Tatchell, and organisations including Liberty and the Women’s Budget Group.

One supporter of the campaign is the education campaigner and journalist Fiona Millar.

“I am one of thousands and thousands of people in the UK in a mixed-sex relationship who will now be looking at the government and waiting for them to close the civil partnerships loophole by making them available to all. In 2004 the Labour government, albeit unwittingly, created a new, positive institution with a history, life, and future of its own. Now that that institution exists, offering a progressive and new way for couples to gain legal recognition of their relationship, it is only right and fair that that institution be available to all. I hope the government acts soon.”

The Equal Civil Partnerships Campaign believes that they stand a good chance of seeing swift action from the government because their cause now has cross-party support. MPs from nearly every major party in Parliament, including the Conservative Party, back their campaign. Conservative MP Tim Loughton recently introduced a Private Members’ Bill to give mixed-sex couples the right to a civil partnership, which has received cross-party backing.

“The fact that my Bill for mixed-sex civil partnerships received cross-party backing means the government has no excuse for delaying the passage of this important and positive change. I look forward to the government bringing forward a Bill to the House, one that I know colleagues in my party and across the House will support.”

“Regardless of the decision made in court today this campaign has generated an incredible momentum of its own. Pursuing our legal case has always been one part of a much broader campaign and the number of people backing this cause continues to rise week on week. It's incredible to be part of a cause that has such a broad tent of support – from MPs uniting across the political divide to organisations like Liberty and TUC Women to campaigners such as Peter Tatchell and Owen Jones. We thank all of them for taking us to this point and urge the government to recognise the force behind our cause, the desire for change, and the simplicity involved in making it happen.”

“This is​ a defeat for love and equality. It will be a huge disappointment to the thousands of ​heterosexual ​couples who would like to have a civil partnership. The court has rejected the principle that in a democratic society everyone should be equal before the law. It says that ​different-sex couples are not entitled to ​the same choices ​as same-sex ones. It cannot be right that ​lesbian and gay couples have two options, civil partnership and civil marriage; whereas opposite-sex partners have only one option, marriage. This legal case was always about the simple quest to end discrimination and ensure equality for all. I hope Charles and Rebecca will appeal this judgement and that justice will prevail in the end."