Standard & Poor’s, the credit rating agency, yesterday cut Belgium’s rating one notch from AA+ down to AA making it likely that future borrowing will be more costly for the country.

While many people had their eyes fixed on the debt problems that other countries are experiencing and Italy has to wear 6.5% to borrow money over six months, some may have missed concerns that political inaction amid some fears that the country could break up was affecting Belgium’s ability to deal with its debt load, which is the fifth largest in the Eurozone.

So far, since the last elections in June 2010, Belgium has had no settled government leading to the S&P making the downgrade decision based on the country’s ‘protracted political uncertainty’. It also said that the current caretaker government has no mandate to ‘implement deeper fiscal and structural reforms’.

S&P also put Belgium on negative watch indicating that further downgrades were possible. "We think the Belgian government's capacity to prevent an increase in general government debt, which we consider to be already at high levels, is being constrained by rapid private sector deleveraging both in Belgium and among many of Belgium's key trading partners." Said part of their statement.

This puts Belgium in the same S&P rating bracket as Kuwait, the Czech Republic and Chile as well as experiencing the highest borrowing costs for 11 years.

The downgrade did though it seems trigger the making of a deal between the different political parties to reduce the country’s deficit. 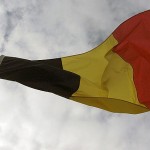 Bloomberg quotes Thomas Costerg, an economist at Standard Chartered Bank in London, as saying “One cannot ignore the current political crisis that Belgium is facing, but apart from this, this rating cut also illustrates how banking-sector issues can reverberate on the sovereign. The question is whether other European countries might follow, given rising tensions throughout the banking sector.”

Karel Lannoo, chief executive officer of the Centre for European Policy Studies in Brussels, said in a phone interview with Business Week “It’s the markets that made them finally wake up. It’s good that the markets did this, because no one else managed to convince them — not the electorate.” The “main stumbling block to forming a government” has now been removed he went on.

Eureca Project – a plan to save Europe?