According to the latest figures from the Crime Survey for England and wales (CSEW) there were an estimated 8.5 million crimes experienced by households and resident adults for the year to the end of June 2013.

This, says the Office for National Statistics (ONS), is 7 percent down on the previous year and the lowest since the survey began in 1981. It is also now 15 percent lower than in 2007/2008 and less than half the peak rate of 1995.

There were also 0.8 million crimes experienced by children between the ages of 10 and 15.

The 3.7 million crimes recorded by the police is also 5% lower than the previous year.

There has however been a rise of 21 percent in recorded fraud offences that totalled 230,335 by the end of June 2013. But this says the ONS, '…should be seen in the context of a move towards the centralised recording of fraud by the police'.

Although victim-based crime was down there were rises in three of the categories:

• theft from the person was up 8 percent

Another million or so offences such as speeding, which are not included in the recorded crime figures, were dealt with through the courts. 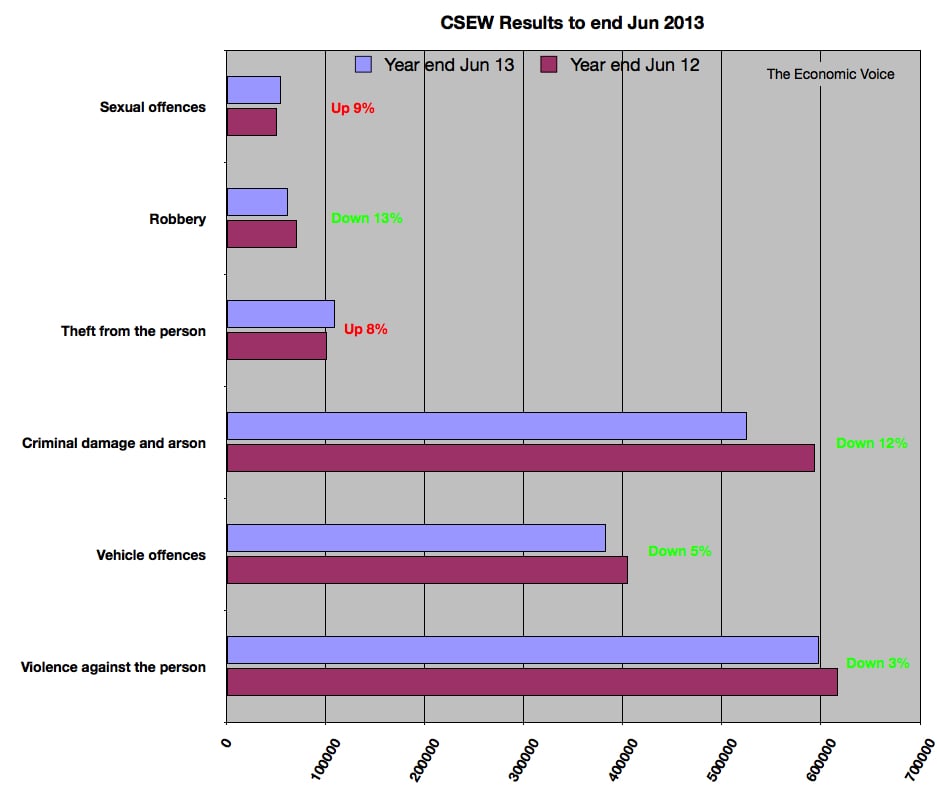 The survey report and an explanation of how it is put together can be found here.

Bringing empty homes back into use