Criminal Courts Charges: the law really is an ass!

A teenager who stole sweets and ice cream worth £5, a woman found begging in a car park and a man who kicked a flower pot after being stabbed are among thousands of people who have been ordered to pay a controversial new charge which penalises the poor and encourages the innocent to plead guilty.

Since April, magistrates and judges have been told that they must impose a mandatory Criminal Courts Charge of up to £1,200 on anyone convicted of an offence – whatever the defendant’s circumstances might be – on top of other levies such as fines, compensation orders, victim surcharges and costs. Defendants who fail to find the money risk being sent to prison.

The government has said it will review the charge after three years, but today (Wednesday 5 August) the Howard League for Penal Reform has begun a campaign calling for the review to be brought forward to this autumn. 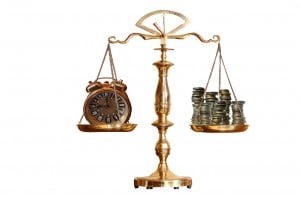 The charge removes discretion from magistrates, some of whom are reported to be resigning in despair. In many cases, money will be wasted on pursuing debts that people simply cannot pay.

The Howard League has compiled a list of more than 30 cases, all reported by local media, which show why the Criminal Courts Charge is unfair and unrealistic. They include:

• A 26-year-old homeless man who stole a can of Red Bull worth 99p from a supermarket in South Shields, Tyne and Wear, was given a conditional discharge and ordered to pay a £150 criminal courts charge and a £15 victim surcharge.

• A 30-year-old homeless woman was convicted in her absence of begging in a car park in Coventry, West Midlands. She was ordered to pay a £150 criminal courts charge, a £30 fine and a £20 victim surcharge.

• A 20-year-old man who was living in a hostel in Stoke-on-Trent, Staffordshire, kicked out at a flower pot after being stabbed with a needle by a fellow resident. He became homeless. He admitted criminal damage, which placed him in breach of two conditional discharges that were imposed on him for thefts. He was fined £70 and ordered to pay a £150 criminal courts charge, £85 costs and a £20 victim surcharge.

• A 37-year-old woman who stole shampoo worth £2.39 from a shop in Banbury, Oxfordshire, was given a six-month conditional discharge and ordered to pay a £150 criminal courts charge, £35 costs and a £15 victim surcharge.

• A 41-year-old man who stole two tubs of ice cream worth £9.58 from a shop in Coventry, West Midlands, was given a six-month conditional discharge and ordered to pay a £150 criminal courts charge, £85 costs and a £15 victim surcharge.

• A 26-year-old homeless man who admitted stealing drinks and chocolate worth £4.80 from a shop in Mansfield, Nottinghamshire, was jailed for four weeks because of his lengthy record and made to pay a £150 criminal courts charge and an £80 victim surcharge.

• A 19-year-old man admitted stealing sweets and ice cream to the value of £5 from a supermarket in Torquay, Devon, whilst subject to a conditional discharge imposed for two thefts. He was ordered to pay a £35 fine, a £180 criminal courts charge, a £20 victim surcharge and £85 costs.

• A 38-year-old homeless man admitted persistently begging in Oxford, Oxfordshire, and breached an Asbo prohibiting him from sitting within 10 metres of a cash machine. He was jailed for 30 days and ordered to pay a £150 criminal courts charge.

• A 31-year-old woman from Mansfield, Nottinghamshire, admitted stealing shower gel worth £2.39 from a pharmacy. She was jailed for 14 days and ordered to pay a £150 criminal courts charge, a £20 victim surcharge and £2.39 in compensation.

One of the most troubling cases is that of a person who wrote to their local newspaper, the Shields Gazette, for advice about the charge.

In a letter published on the newspaper’s website in July, the person wrote: “I am due to appear at Newcastle Crown Court in two weeks for an offence that I did not commit. I had planned on pleading not guilty, however I have been told that if I am found guilty I will have over £1,000 in costs to pay. Is this true?”

In June, the Exeter Express & Echo reported on a case where a judge was required to impose a £900 charge on a homeless man who had admitted shoplifting.

The newspaper reported that, as the defendant was led away, the judge asked the courtroom: “He cannot afford to feed himself, so what are the prospects of him paying £900?”

“These cases are a snapshot of a failing criminal justice system. Up and down the country, people are being brought to court for minor misdemeanours and being ordered to pay a mandatory charge regardless of their circumstances.

“Some are homeless. Some have addictions. Many will be unable to pay. But the Ministry of Justice is poised to waste money it does not have on pursuing the debts. With more budget cuts on the way, ministers should be looking to shrink the system, not trapping more people in it for absurd offences.

“It was the French writer Anatole France, more than 100 years ago, who wrote that ‘In its majestic equality, the law forbids rich and poor alike to sleep under bridges, beg in the streets and steal loaves of bread’. Now the law seems hell-bent on exacting charges from rich and poor alike for the privilege – but it is the poor who will find themselves entrenched in their poverty by these criminal charges.

“We do not want to see the return of debtors’ prisons. It is time for an urgent review of this unfair and unrealistic sanction, which is doing nothing to tackle crime and, in all likelihood, is making matters worse.”