Crowdcube, the UK’s leading crowdfunding platform, is set to expand its operations across Europe through a partnership with coworking giant WeWork.

Crowdcube, which already operates in Spain where it dominates in the region, will use WeWork’s existing European footprint to open offices in Paris and Amsterdam in June and July, with further openings across key European cities and beyond planned for the future.

Crowdcube’s expansion plans are being driven by three factors: an increase in demand from European start-ups seeking growth capital in the UK, a growing number of European based investors investing via the platform, and UK investors looking to diversify their portfolios beyond the UK to gain broader investment exposure. 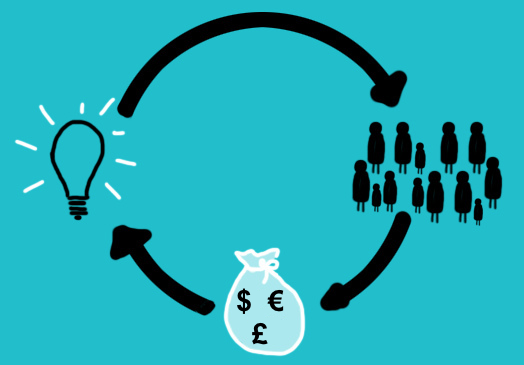 “Following a record breaking start to the year with £23 million raised for companies in the first quarter, we are unrivalled across Europe. We already have tens of thousands of investors from outside the UK who have invested close to £25 million on our platform. By partnering with WeWork we can fast track our growth plans via their coworking hubs which are based in prime locations and attract business that want to engage with us  understand how crowdfunding can support their ambitions.”

“We are excited to have Crowdcube as our newest member. They will be an active and engaging part of our community, hosting a series of events, scheduled office hours and teach-ins for our promising startups and scale ups across multiple offices. There are many synergies between our two businesses: we are both disruptive companies and leaders in our space, working with highly ambitious companies and ‘creators’.  We also understand the importance of building strong eco-systems to allow these businesses to grow and thrive. We look forward to welcoming Crowdcube members and their ‘funded club’ companies into our community.”

Crowdcube has already worked with a number of WeWork members, raising a total of around £15 million. The largest so far is “King of Gym’s” 1Rebel which has raised a total of £4.5 million on Crowdcube.

Under the partnership deal, Crowdcube has committed to take every meeting requested by a WeWork member to educate them on crowdfunding and funding options. In addition, Crowdcube will offer open office sessions and events, while its funded club businesses will gain preferential rates at WeWork for office space and access to enterprise services.

Crowdcube will also be a partner in the WeWork Labs program in the UK, in which Crowdcube will mentor the early-stage startups who are WeWork Labs’ members in London, as well as provide networking and learning events for Labs members.

Matt Cooper added: “Our partnership allows us to grow our company across Europe and ultimately, further afield into the US and Far East, while providing WeWork with access to our community of businesses looking to grow their own footprint.”

“It's great to see that Crowdcube, a member of Tech City UK's Future Fifty programme is accelerating its expansion into Europe. Not only is this a clear sign of how tech companies in the UK are prospering, it also provides a platform for businesses from across Europe to tap into the UK's digital tech sector, which is growing twice as fast as the wider economy."