Equity crowdfunding platform Crowdcube today announces plans to launch its latest international operation in Italy, following recent agreements to open in New Zealand and Spain. It will launch operations in all three countries in early 2014. Crowdcube has now signed seven partnership agreements in seven different countries. The joint venture approach gives it a strong local presence, facilitates contact and approval with the local regulator, and firmly embeds it in the country's investor and entrepreneur communities.

With more than 50,000 investors in the UK, and named one of the hottest FinTech firms in Europe, Crowdcube's founding duo have made great progress with their ambitious plans to expand their business model overseas. The expansion is funded with £1.5 million growth capital raised in just three days earlier this year using their own equity crowdfunding website.

Crowdcube has already established joint venture agreements in Brazil, Sweden, Dubai and Poland, highlighting the interest and demand for alternative sources of funding around the world. Crowdcube Sweden launched earlier in 2013 and operations in Brazil, Poland and Dubai are expected to go live early in 2014.

With its international expansion, Crowdcube aims to emulate the success it has achieved in the UK since it launched the world's first equity crowdfunding platform in February 2011. Eighty-three pitches have raised a combined total of more than £16 million, seven times its nearest competitor in the UK, and has contributed to the creation of an estimated 1,400 jobs.

Darren Westlake, CEO and co-founder of Crowdcube, comments: "To successfully expand internationally it's vital to have a strong presence at a local level, and this is why joint venture partnerships are an important aspect of our strategy for long term success. We've built a well-regarded brand – not just in the UK but also abroad, a powerful technology platform, and a wealth of knowledge and experience of equity crowdfunding that is second to none. However, people who understand the local culture and are already immersed in the start-up and investment scene are critical for success: it is not sufficient simply to build a website and hope that people come – we all know it takes more than that." 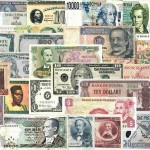 Westlake concludes: "We've been accepting investments from overseas investors in businesses on our UK site for some time now, but for equity crowdfunding to really take off people need to be able to invest in national businesses as well as overseas ventures."

Crowdcube has partnered with Xandas in Italy. Fabio Pezzotti, CEO of Xandas, says: "We are delighted to partner with Europe's leading equity crowdfunding platform, Crowdcube. Italy, which became the first country in Europe to implement equity crowdfunding laws early this year, has tremendous potential. Our knowledge of the local start-up and investor eco-system and Italian financial regulations combined with Crowdcube's state-of-the-art technology and know-how means we can rapidly launch and make a real impact in Italy, akin to what Crowdcube has achieved in the UK."

Crowdcube expects further agreements to be signed in 2014 and is already seeking potential partners in France, Germany, Canada and the USA.