Current account deficits are the key to revival in emerging markets

As the BRIC nations prepare to meet for the sixth BRIC summit in Brazil, Keith Wade, Chief Economist at Schroders, shares his views on emerging markets and warns that investors need to be selective, paying close attention to those countries with the ability to trade their way out of recession.

“It’s not hard to see why many investors are mulling a return to emerging market equities. Valuations are increasingly compelling and there are growing signs of economic stability. Even so, investors need to be selective, guided by close analysis of current account deficits.

"Since October 2010, returns from emerging markets have been some 30% lower than from developed markets. As a result, emerging market valuations have clearly become more attractive. At the same time, the relentless flow of funds out of the region has levelled off, judging by the increased stability of the currencies in the economies that have been the most vulnerable during the crisis (the so-called ‘Fragile Five’ of Brazil, India, Indonesia, South Africa and Turkey). These factors alone would support an increased exposure to the region, but it’s also important to look at the bigger macro picture.

"A number of key economic indicators such as Purchasing Managers Indices currently show that the major emerging market economies continue to struggle to match those in the West. In addition, exports are yet to show a clear sign of pick-up. Although in the long-run we believe emerging markets need to re-orientate themselves towards domestic rather than external demand, exports remain an important source of growth. Meanwhile, other concerns remain, notably in China – where parts of the economy need to reduce debt levels – and Ukraine, where tensions with Russia remain unpredictable.

"A major problem for many emerging markets has been the build-up of large current account deficits (where imports of goods and services exceed  exports), often through credit-fed consumption. In our view investors should focus on the countries that are successfully turning their deficits around and can re-embark on a stronger growth path. The most rapid adjustment in deficits will be in those economies that are open (ie where trade is a large part of the economy and an export recovery therefore has a bigger impact), those that are reducing their debt, improving competitiveness, exporting to fast-growing partners and allowing their currency to adjust. 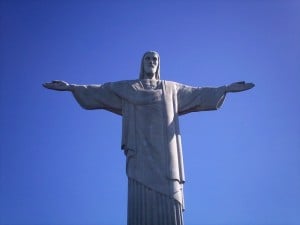 "Our analysis shows that the emerging countries most likely to experience a rapid current account deficit improvement and a pick-up in market sentiment are India and, perhaps surprisingly, South Africa, if only it can resolve its political issues. India’s rebalancing looks almost complete and its economy could soon see an upswing as a result. South Africa is more of a surprise, given its membership of the Fragile Five and the fact that it has not made the same external macroeconomic adjustments as India.

"South Africa’s ranking in our analysis reflects its relatively slow credit growth, contracting wage growth, expansion of reserves and the depreciation of its currency. These factors will limit domestic demand, particularly for imports, and improve the competitiveness of its exports, with the current account benefiting accordingly. This analysis should not, however, be seen as a signal that India and South Africa are without problems – we are simply attempting here to measure current account adjustment, not overall macroeconomic health.

"At the opposite end of the scale is Turkey, where it looks like adjustment has barely begun. Recent aggressive rate hikes have yet to fully feed through and the pain of deleveraging lies ahead. We also have to add political risk to the mix.

"It is important though to note that rapid current account adjustment is not purely positive, and could entail significant economic pain. But we believe our analysis underlines the need for investors to be selective in emerging markets, paying close attention to those with the ability to trade their way out of recession.”