Officials of the UK's "Big Six" energy companies should be taken out and shot for profiteering and exploitation of consumers, said Will Davies, MD of aspect.co.uk.

In the run up to what is expected to be another cold winter, energy prices are set to sore yet again, and according to Mr Davies, energy companies are doing very little about it.

"The 'Big Six' have made absolutely no effort to pursue savings through efficiency and pass those savings onto consumers in their bills. They continue overcharging customers to subsidise cheap offers," Davies said.

As MD of aspect.co.uk, a leading property maintenance and refurbishment company, Davies is in an excellent position to see the results of the energy companies' predatory pricing.

"When we do a refurbishment, it's often a homeowner trying to make their home more energy efficient and bring down their monthly bills. The energy companies could learn from that," he said.

Improved competition and fair pricing is needed, he said.

In its report, "True Cost of Energy," the London-based think tank estimated the true costs for energy companies to supply households with gas and electricity for the financial year 2011-12.

It included several scenarios involving different levels of competition and examining how they could affect household energy bills in 2020.

The analysis showed that annual efficiency savings of just 2.5% could deliver Â£1.9 billion in savings in 2020, an average of Â£70 for the average household annually. 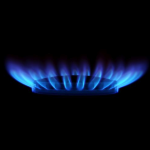 However, Ofgem's own evidence gave no indication the 'Big Six' energy companies have made efficiency savings and passed them onto consumers through lower bills.

The report also found some households pay Â£330 more than their neighbours next door for the same energy from the same company.

"That is absolutely asinine. That it's even allowed to continue is borderline criminal. All this occurs while the Big Six's profits have increased from Â£15 per customer to Â£125. The UK energy market needs real competition," Davies said.

Ofgem needs to step up and create competition in the energy market by doing its job and enforcing the appropriate regulations, he said.

Davies noted the Labour Party has declared that it will attack the Big Six's market stranglehold that shuts out new companies and keeps energy bills rising. However, it shouldn't take a new government to bring this outrageous situation under control, he said.

"Consumers need to let Ofgem and the rest of the Government know that these high energy costs and closed markets are unacceptable in a free society and are severely impacting the average UK resident," Davies said.