· Average equity withdrawal from remortgaging reaches record high of £28,200 per customer, up 6% from previous high and up 41% from five year average

The latest figures from LMS reveal that monthly gross remortgage lending saw an increase of 3% in December to £3.7bn, up from the £3.6bn in November reported by the Council for Mortgage Lenders (CML).

LMS estimates the number of remortgage loans also rose by 4% to 24,930 in December. This figure is, however, down 2% from this time last year, when there were 25,400 remortgage loans recorded.

The remortgage market share now equates to 23% of the total market, up 1% from November and unchanged from December last year. 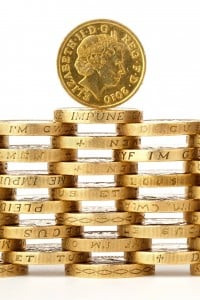 The average amount of equity withdrawn by customers through remortgaging rose to £28,200 in December. This is the largest amount ever recorded, up 6% from the previous high of £26,498 in November 2013 and 41% higher than the 5 year average of £19,962. It is also an increase of 35% from last month and 67% from last year as household finances felt the pinch over Christmas.

This brings the total amount of equity withdrawn from remortgaging in December to £703m, a 40% increase from the £502m recorded in November, and 64% up from December 2013 as families try to recoup costs over Christmas. This is the largest amount seen in a single month since November 2013 when the total value reached £752.5m.

Financial pressures were felt most acutely in the West Midlands and the North East where customers increased their LTVs by 15% and 10% respectively, both up to an average of 73%.

“The close of 2014 saw a familiar pattern; that of record amounts of equity being withdrawn through remortgaging to cover costs incurred during the festive period. This year, however, was on an even larger scale than previous years– a sign that economic improvements are struggling to filter through to many households, especially at Christmas.

“However, there are also evident regional differences and signs that some areas are feeling the pinch more acutely. The North East and West Midlands, for example, had the highest LTVs at 73%, with significant increases of 10% and 15% respectively from last month.

“Remortgaging in December is still lower compared to remortgaging activity in December of 2013, which not only portends a cooling housing market for the coming year, but could also be attributed to public perceptions that remortgaging requires more effort now than previously, due to tougher regulations and the stricter lending criteria imposed by the MMR.

“Given the current deflationary economic environment and the latest figures revealing price growth falling to 0.5% in December*, an interest rate rise in the New Year is no longer imminent, which means we’re not be likely to see a dramatic pickup in remortgaging activity anytime soon.

“However, with evidence of a cooling in the new purchase market over recent months, lender focus may increase their focus on remortgaging in 2015 as they look to increase their business levels. This might be the ideal time for prospective remortgagers to contact their brokers and shop around for competitive deals.”