Cyprus saved but worse to come

Any temptation to celebrate the EU/IMF bailout of Cyprus and that the dream of a ‘United States of Europe’ will have been tempered by the fact that this deal is not one that will be good for anyone in particular; least of all Cypriots who can look forward to rising unemployment – already running at 15% – resulting from continued business closures and pretty grim times ahead.

The fact that banks have not been able to re-open, that one of the two major banks, Laiki, will be shut down, capital controls introduced, limits on cash withdrawals and bans on cashing cheques and the use of some debit and credit adds to a belief that the crisis is far from over.

It is probably no surprise that Bank of Cyprus Chairman Andreas Artemis feels that his only response is to resign and as BBC Business Editor Robert Peston has remarked, Cypriots are unlikely to feel that they have been rescued; rather that they face years of ‘economic misery.’

The situation was made a whole lot worse yesterday’s when Jeroen Dijsselbloem who is head of the Eurogroup of Eurozone finance ministers told The Financial Times that what had been done in Cyprus could become the norm for other EU countries that get into economic difficulty created the sense of fear that people’s savings may not be safe.

In recent years the attention has been on countries that were regarded as too big to fail.

However, Cyprus with a population of only 850,000 and a GDP worth just over 0.2% of the total for the Eurozone was thought to be too small to worry about.

That view is being revised.

As is now recognised, Cyprus which had a banking sector worth seven times its GDP was, as one French government minister states, a “casino economy.”

However, attention has now focussed on other small European countries that have banking systems which, relative to GDP, are even bigger than that which existed in Cyprus and has will be the cause of misery. 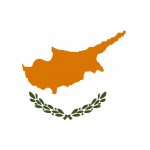 Malta, Luxembourg and Austria are examples of such countries where banking is positively encouraged by a culture of secrecy though sympathetic governments.

And Luxembourg makes Cyprus’s banking system look small as its sector is a whopping 23 times the size of its GDP.

What events in Cyprus have shown is that whilst there is worry about the economic problems in the very large southern European countries, we must also now worry about the very small ones as well.

Whilst we won’t be directly affected in the UK, the general climate of uncertainty will not assist us in our own recovery.

Whether we like it or not, our fortunes are inextricably linked to the fate of the Eurozone.

Government Begins Sale Of Its Shares In Lloyds Banking Group