Yesterday (17th December) was expected to be the worst day of the year for car crashes, according to claims data from The Co-operative Insurance.

A major analysis of claims data from four consecutive years shows that claims relating to car collisions and bumps increase on 17th December compared to a typical day of the year.*

The Co-operative has dubbed the date ‘Danger Day’ – the day of the year when car crashes are on average twice as likely to occur.

The data also shows that more accidents occur in the week before Christmas than any other week of the year, with claims relating to car crashes up by 53% overall between 18 and 24 December.

Grant Mitchell, Head of Motor Insurance at The Co-operative, said: “Our data shows that people are more likely to be involved a car accident in the run up to Christmas than any other time of the year.

“We believe this is down to a combination of the ‘pre-Christmas rush’ when everyone is going to the supermarket or to buy last minute gifts along with the fact that people also feel tired and sluggish from the Christmas party season, which makes it harder to concentrate on the road.

“Of course, when these factors are combined with busy roads, bad weather and the fact that the days are at their shortest, accidents can and do happen.”

It also shows that Ford Focus drivers are most commonly involved in car crashes on 17 December, according to The Co-operative’s data. Vauhall Astras are second most likely to be involved in bumps and smashes, followed by Vauxhall Corsas.

The claims data also shows the UK’s accident ‘hotspots’, with nearly four times as many crashes likely to take place in Glasgow on 17 December than the average UK town or city.

Grant Mitchell said: “We all have a lot on our minds in the run-up to Christmas, but it’s vital we don’t sacrifice the safety of ourselves, our families and other people as a result. Staying safe over the holidays is the most important thing, and by making a commitment to driving responsibly we can help prevent devastating tragedies on roads this Christmas.”

The Co-operative Insurance recommends a number of measures to help motorists avoid unnecessary car accidents in the run up to Christmas: 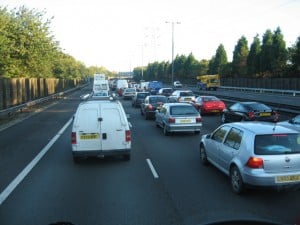 Life in the slow lane by Paul Anderson