David Beckham marks the global release of his first short film, Outlaws, where he joined Hollywood heavyweights including Harvey Keitel, Katherine Waterston and Cathy Moriarty in his acting debut.

Shot on location in Mexico, the film is written and directed by Geremy Jasper, produced by Belstaff Films and Legs (a Milk Media Company) and Executive Producer Liv Tyler.

Outlaws is a surreal film within a film starring The Stranger, a mysterious drifter and motorcycle stuntman, haunted by memories of a beautiful Trapeze Artist and hunted by a maniacal Director seeking revenge. 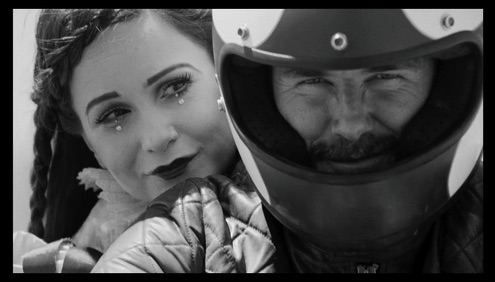