The Prime Minister, David Cameron, has promised that he will continue to bash his head against the brick wall of the European Union in an attempt to reform it before giving the UK a referendum on whether we stay in or not.

The trouble is he should be battering down the door marked 'emergency exit' instead of choosing the thickest piece of granite wall he could find marked 'freedom of movement'.

This though does not matter to a committed Europhile such as the PM as it is not he that feels the pain, it is the rest of us as we pay out yet another £55 million each and every day to keep 'our' EU membership payments up to date.

But, the truth is that David Cameron is not using his own head for this, it is the collective heads of the people of the UK that he is using. "Ouch! That hurt – must be UKIP's fault! Here's our 55 million quid we'll be back to try again tomorrow." And so it will go on unless we do something about it.

So it's very timely that Civitas has analysed the UK's relationship with the EU and come to the conclusion that the single market has failed to give any benefit to UK trade. This might open some otherwise closed minds (like the PM's) on the subject whilst boosting the fortunes of UKIP and Nigel Farage.

In fact the think tank says that the so called trade advantages of the UK being in the EU are 'imaginary'.

Civitas says that it has carried out a 'painstaking study' of the UK export figures since 1960 and that this exposes the 'empty rhetoric' behind the claim that being an EU insider gives the UK any special advantage over non-members.

Their report says that British exports to EU members have grown more slowly than those of many non-EU states and that UK trade has actually 'increased dramatically' with European nations that are outside the EU (Iceland, Norway and Switzerland).

"While the share of UK exports to fellow EU members has been virtually stable, the share going to non-members in Europe has risen steadily, leading one to suspect that both insider advantages and outsider disadvantages are imaginary."

In the report "Where's The Insider Advantage? A comparative study of UK exports to EU and non-EU nations between 1960 and 2012" it says that: 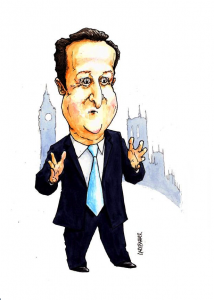 • UK goods exports to the other 14 pre-2004 EU nations have not increased as a proportion of its trade with OECD nations since Britain joined the European Economic Community in 1973 (Finding 1, p.66);

• UK services exports have also not improved as a share of trade with OECD nations since 1999, which is as far back as comparisons can go (Finding 2, p.66);

• The UK ranks only 28th in a list of the world's 35 fastest-growing exporters to the other 11 founding members of the Single Market (Finding 4, p.66);

• UK exports to the other 11 Single Market founders grew at a markedly faster rate prior to the Single Market – by 192% during the 20 Common Market years compared with 80% in the 19 subsequent years (Finding 7, p.67);

• UK goods exports to non-EU countries have grown at a much faster pace than those to other founder members of the Single Market (Finding 11, p.68);

• There is no evidence that the 'clout' of the EU has helped secure more free trade agreements (FTAs): there were 25 EU FTAs in force in 2012 while the Swiss had independently negotiated 26, 14 of which came into force before those of the EU, and three in the same year (Finding 13, p.68);

"Once such comparisons begin to be made, these claims are seen to be empty rhetoric, and those who repeat them may be seen to have been misleading themselves and others about the merits of the Single Market. Unfortunately, constant repetition of them over recent years has already done immense harm, since they have discouraged close investigation, measurement and analysis of the UK experience within the Single Market. We have, therefore, still not begun to understand what has gone wrong and how it might be fixed."

Now that's a very sizeable hole below the waterline for the Pro-EU side of the debate to deal with (and sore heads for the rest of us). For more background on UK trade outside the EU go here.

*Michael Burrage has held academic positions at the London School of Economics and Harvard, has conducted research for Ernst & Young and NTT and is now a director of Cimigo, which conducts market and corporate strategy research in China, India and throughout South-East Asia.