The Charity Commission is investigating allegations that public money was misused by David Cameron's pet project, the Big Society Network, says The Independent [1].

The Independent says that it has now been wound up after a litany of waste, failed projects and allegations of scandalous financial impropriety and cronyism.

The Big Society Network says on its website that it 'exists to support and develop talent, innovation and enterprise to deliver social impact'. Well, it's certainly made an impact, but not in the way intended. It has also it seems failed to in another of its aims of unleashing 'the social energy that exists in the UK to help build a better, healthier society'. 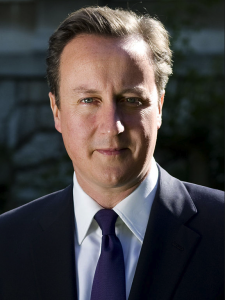 "It's bad enough that millions of pounds of public money were squandered, but the connections between these organisations and the Conservative party are deeply concerning.

"I am writing to Cabinet Secretary Jeremy Heywood to ask him to investigate the process by which the grants in question were given. We must know if political pressure was applied to give an organisation with close ties to Ministers special treatment.

"At a time when many charities are fighting to survive, handing out large sums of money to flawed, pet projects is inexcusable."